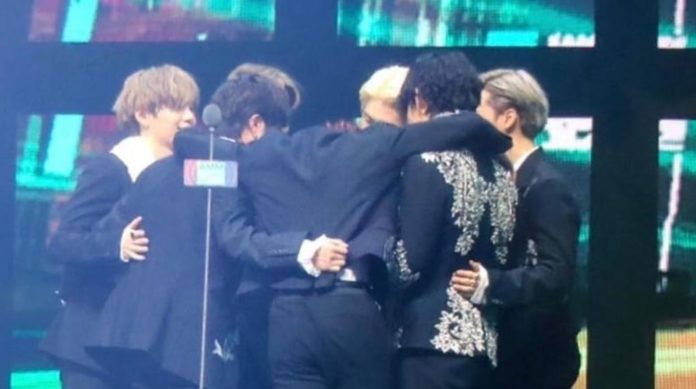 The Melon Music Awards were held this morning, the idols paraded in their best costumes and gave their best performances, they also gave us the best moments of the night. Here we present some of the most emotional, fun and unforgettable moments of the gala.

The stumble between Jimin and J-Hope
The boys were excited for one of the awards they took, but when they were bowing, Jimin measured his movements badly and hit J-Hope. LOL

The support between BTS and TXT
Since their debut, BTS and TXT have demonstrated the mutual support they have, so during their presentations, both were excited and happy to see them act. Awwww!

Jungkook solo
Jungkook made us sigh with his elegant performance. Without a doubt, his choreography stole the heart of ARMY

Hwasa Perfomance
Despite criticism by fans about the interruption of his presentation, MAMAMOO’s Hwasa surprised with an incredible solo.

Itzy
With only a few months of debuting, the girls achieved an incredible presentation, the intro to their performance was at another level.

BTS with Dionysus
The boys gave us one of the greatest performances in their career. Without a doubt, his songs enchinan the skin and Dionysus is no exception.

Chungha performance
Another of the most popular idols in the industry is Chungha, who also gave us a presentation worthy of a great star.

Kang Daniel
Since starting his solo career, Kang has shown that he has great talent on stage and his performance left more than one sighing.

See Also
BTS announces Map of the Soul: 7 The Journey, their Japanese comeback

France’s Extension of the Festival Ban by Mid-July May Prevent the...