Home Entertainment Live ALive: How to unlock each ending 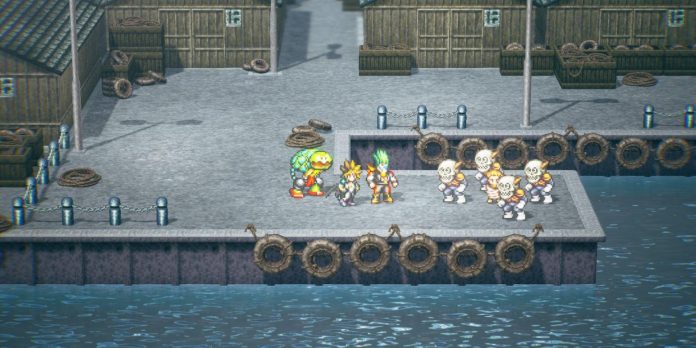 There are six different endings in Live A Live. They are all part of the final ninth chapter, with only some influence from previous stories. However, with the ability to play back sections of the history, you can see small options with a single save file.

Minor changes include the main character chosen for the final chapter. While the main story plays out the same way, each of the possible nine characters has small changes in the dialogues. This even includes which of the three possible Earth Heart Masters ascended during the Live A Live China stage.

To make it easier to view all the endings, it is recommended to have several save files. At least one should be on the Live A Live chapter selection screen, and the other should be right before the battle with the final boss, Odio. This will allow players to reboot quickly and watch any ending they like.

Endings of the last chapters in Live A Live

The fate of time and the universe depends on the party composition of the Dominion of Hate in Live A Live. The exact members are not important, only the overall size of the team is important. In addition, some of the main characters have their own unique final scenarios.

Normal ending: Defeat the final boss, Pure Odio, with a squad of four main characters. The ending of the game: Lose the battle with a Clean Odio. There will be a special extended game with the end credits. Trapped Ending: Fight Pure Odio with a team of all seven heroes Live A Live. After defeat, agree to kill him forever. The true ending: As in the previous case, challenge Pure Odio with a team of seven group members. This time, refuse to kill him and leave. Players will then need to defeat all seven incarnations of Odio as the corresponding protagonist. Finally, Odio will turn into the Sin of Odio. This battle involves all eight main characters, including Oersted, in the final confrontation. Ending of the Dark Lord: Choose Oersted as the last main character. During the final battles, kill all seven main characters. Armageddon Ending: Choose Oersted, but during any of the final encore fights, start losing. A new “Armageddon” option will appear in the combat menu. When you select it, an ending similar to Game Over will be played.

The sin of the mechanics of Odio

The newly added boss for the Live of Live remake fights on four waves. Sin of Odio will first fight directly with the team that fought Pure Odio. There will be no opportunity to change participants, but players can change equipment before the battle with seven incarnations of Odio. Around the middle of the fight, the main team will be paralyzed, and all the backup characters—usually three members—will jump in to fight Odio’s Sin. After dealing additional damage, the previous four will break free, and a seven-against-one battle will begin. Finally, when Sin of Odio is in critical condition, Oersted will also take part. He only needs to make one or two attacks to finally kill the boss and see the final ending Live A Live.