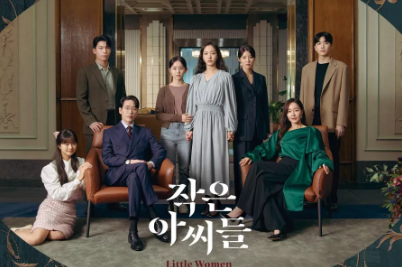 According to various news agencies in Vietnam, “Little Women” stopped broadcasting via Netflix Vietnam on October 6. Earlier, the Vietnam Broadcasting and Electronic Information Administration (ABEI) demanded that “Little Women” stop broadcasting, stating that the Vietnam War scenes in episodes 3 and 8 were distorted to differ from the truth. The scenes involved General Won Ki Song, who performed “outstanding military service” during the Vietnam War and returned the blue ghost orchid, as well as another veteran who claimed that every Korean soldier killed 20 Vietnamese soldiers.

On October 7 , a representative of Studio Dragon shared: “We are solving problems related to the part [of the plot] described in “Little Women”. We will pay more attention to social and cultural issues when creating future content.”.

“Little Women” is the story of three sisters, closely related to each other, who grew up in poverty. When all three get involved with one of the richest families in the country, they are catapulted into a new world of money and power unlike anything they have known before.

A Beginner’s Guide to Doujinshi