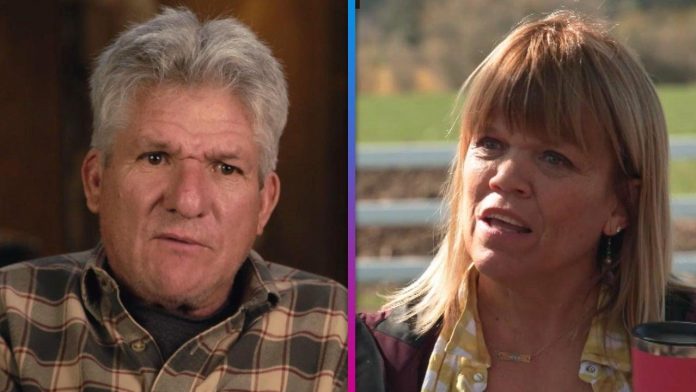 Tensions are running high at the Roloff Farm.

In a new clip from the upcoming episode “Little People, Big World,” published exclusively for ET, exes Matt and Amy Roloff clearly don’t see eye to eye when it comes to the future of the farm in the hands of their children. “It’s sad that it really ended like this,” Amy says in confession. “Just a lot of stress. A lot of sadness. A lot of things, for example, what in the world have you done? Like, what happened? How did we get here?”

“I’m still sad that one of the children doesn’t have it… I think you’re crazy or something,” she tells him. “I do not know the details of the negotiations that you had to deal with two boys. At this price, children can’t afford it.”

However, Matt explains that their children have been offered a “family price,” and the subject of disagreement actually seems to be how the farm will be divided. “We have reduced the size of the property,” Matt says in his confession. “The two boys didn’t like it… I have to think about all four children. There are four children involved, so what, you know, fairly, could I do?”

While Matt says the good news is that there are 93 acres in the family, Amy counters, “No, 93 acres belong to Matt Roloff. It’s not part of the family anymore.”

Although Amy stresses that the farm is part of the kids, Matt doesn’t seem confident that they can handle such a responsibility.

“It’s not that I haven’t tried to sell children almost half of the family discount,” he says in his confession. “I’m glad that even despite all this, they made different decisions, because I don’t think the approach was absolutely right… If the kids understood that, I’d be stuck supporting him, maybe even harder than it is now. ”

However, Amy doesn’t have one. “You take responsibility not to create an inheritance,” Amy tells her ex. Meanwhile, he argues, “there are a lot of things going on that you don’t know about.”

South Park Will Win Another Game, According To Rumor

Stray: All other video games inspired by Kowloon Fortress City