Home Entertainment Little Nightmares 2 Gets a Free Update For The New Generation and... 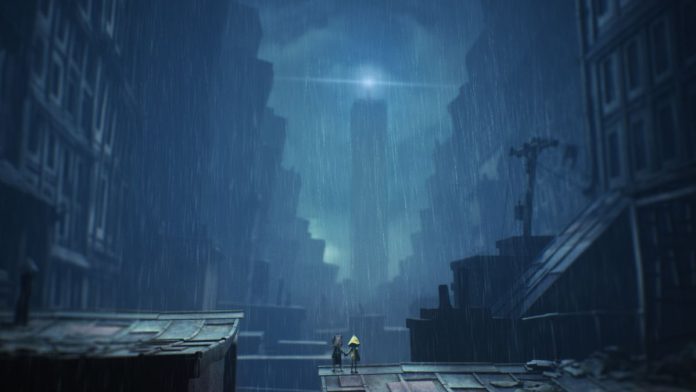 Little Nightmares 2: The Enhanced Edition improves resolution and graphics, but also adds ray tracing, immersive sound, and more.Tarsier Studios’ title, Little Nightmares 2, has received a patch to improve its graphics and performance on PS5, Xbox Series X, Xbox Series S, and PC. Mono’s adventure, which also marks the return of Six, is now seen on screen better than ever. The game has ray tracing, so that we can enjoy lighting that is reflected off some of the surfaces. The volumetric shadows have also been improved, as well as the detail of all the objects in the game.

Little Nightmares 2: Enhanced Edition also implements interactive particles “that dance realistically in the air as the characters move through the scene.” At the same time, the studio has worked on “immersive audio” for gamers using 5.1 or 7.1 headphones or speakers, as well as support for 4K resolution. The Beuty mode is a setting that runs at 30 FPS / 4K, while the Performance mode goes at 60 FPS with dynamic resolution (up to 4K).

Terror from another point of view, also edited by Bandai Namco

The anthology project from the creators of Until Dawn continues as planned, although this time under the umbrella of Bandai Namco. The Dark Pictures Anthology: House of Ashes is the third video game in the series, a project that progresses by exploring terror from different perspectives. After Man of Medan and Little Hope, the new from Bandai Namco

In 2003, the United States and some of its allied countries launched an operation to invade Iraq. The troops were deployed on the battlefield and ended up hunting down the dictator Saddam Hussein, later executed by hanging. The military context is the one that prevails in House of Ashes, which tells a somewhat different story.

As a military unit succumbs to the ambush of the Iraqis in the Zagros mountain range, something happens when the two sides initiate the battle. An earthquake occurs and everyone is washed away by the sand. When the survivors wake up, they discover that they are in an ancient Sumerian temple. Of course, at first they do not think that something sinister and supernatural is happening, but the story takes on surreal overtones when they realize that they are trapped in a place of death.

The Dark Pictures Anthology: House of Ashes will be released on October 22 on PS4, PS5, Xbox One, Xbox Series X, Xbox Series S, and PC. The next installment has already been leaked and responds to the name of The Devil in Me.

Valve Fixes A Bug That Allowed You To Get Infinite Money...