Home Tech Litecoin Seeks to Be Known with the Film Industry 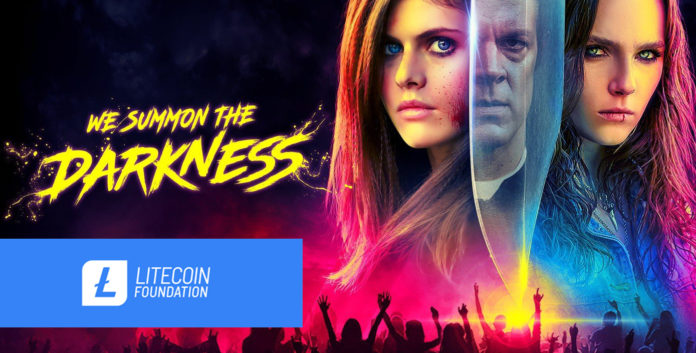 Litecoin Foundation produced the heavy metal horror movie “We Call the Darkness”. The film was made by Los Angeles-based film production company and Litecoin supporter “Common Enemy” and was released digitally on April 10.

On April 13, the foundation shared a trailer for a demonic heavy metal-themed comedy horror movie, in which he acted as a producer. The logo of the foundation is included in the trailer.

In the cast of The Calling the Dark, the cast includes Alexandra Daddario and Amy Forsyth, as well as Johnny Knoxville. The movie premiered at the Fantastic Fest in Texas in September 2019 and was released digitally last week. There are 11 videos on Common Enemy’s YouTube channel that support LTC payment. These videos play a big role in the promotion of Litecoin.

Litecoin Towards the Film Industry
Litecoin has been working to increase its prevalence and recognition in the film industry for about 1 year. The Foundation has been quietly working with the organization that sponsored the San Diego International Film Festival in October 2019, for nearly a year to improve its presence in the film world. The movie, which collected the most LTC donations, won the “Litecoin Foundation Award”. The winner of this award was the “Philophobia” by Guy Davies.

LTC creator Charlie Lee said the following about the industry:

According to a Reliable Source, iPhone 12 Will Definitely Look Like...