Litecoin (LTC) surpassed Bitcoin SV (BSV), reaching 7th place on CoinMarketCap. Litecoin can eventually show the move that can shine, leaving behind every major cryptocurrency in the top 10 on CoinMarketCap. LTC has begun to fight for a bigger rally, up about 19 percent over the past five days, after months of sidelining.

Altcoin surpassed Bitcoin SV (BSV) on CoinMarketCap after its market cap rose to $ 4.129 billion. LTC has fallen sharply since its all-time high of $ 366 on December 19, 2017. LTC’s slump of 82% coincided with the creator of cryptocurrency, Charlie Lee, who turned all his assets into cash. 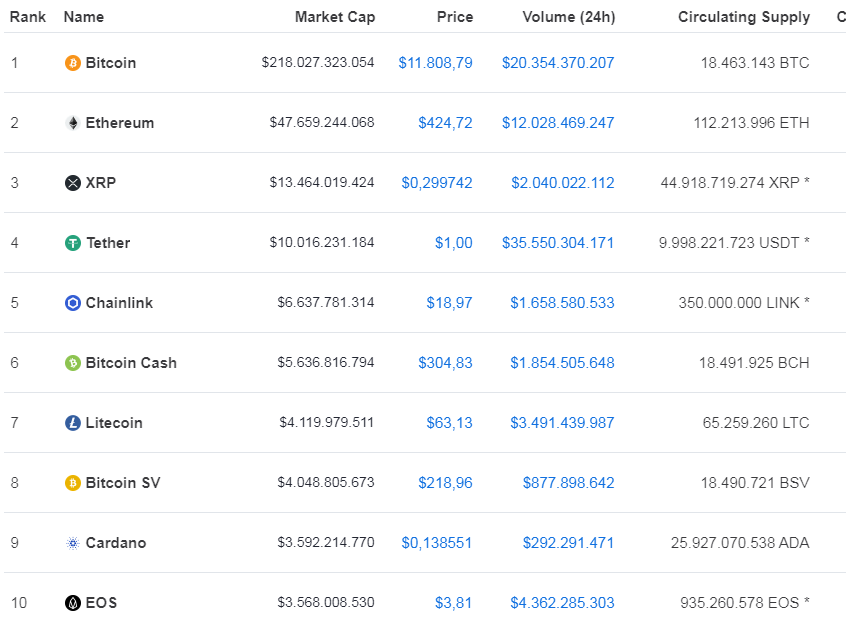 On the other hand, Lee reported that the percentage of transactions using Segregated Witness (SegWit), the protocol update that accelerates transactions by increasing block capacity to 821,100 followers, reached 80 percent on the Litecoin blockchain. By comparison, we can say that only 50 percent of Bitcoin payments rely on this technology.

Lee believes that Blockchain.com’s reluctance to adopt SegWit, one of the most popular Bitcoin wallets, is the main reason behind this inequality, but the company’s CEO Peter Smith calls it “a preference feature that could hurt Bitcoin.”

What to Expect in the Price?

Looking at the short-term 4-hour chart for altcoin, things seem to be heading upward, according to analyst Aakash Athawasya. LTC rose 3.79 percent yesterday, crossing the $ 60 resistance line it has traded below since the August 2 drop when Bitcoin fell into the bull trap. Since the drop two weeks ago, Litecoin (until August 11) was trading in an ascending triangle. Support began to form after LTC fell to $ 53.71.

Litecoin was trading at $ 63 at the time of writing. The next resistance level in cryptocurrency is $ 65.04, according to the analyst. The relative strength index for Altcoin rose above 70 for the first time since Aug. 7, and the market acknowledged LTC entering the overbought zone.

In a possible bearish scenario, the key support level for the altcoin is support at $ 60.45. Moreover, a rising support forms the bottom base of the descending triangle. In the short term, the target price could be set at $ 65.04, but LTC is unlikely to go that high without market momentum to support it.

Some Details of Studio Ghibli’s First CGI Film ‘Aya and the...

Scientists Suggest to Cool the Planet to Save Glaciers

Steam Starts Tests of ‘News Hub’ That All Things About Games...