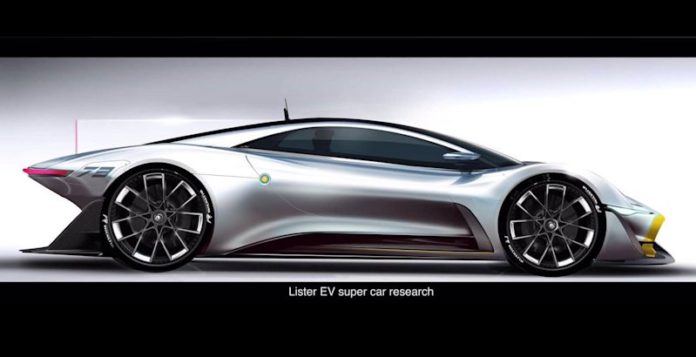 Lister Storm II, where we saw its magnificent drawings two years ago, would normally come up with a giant V12 engine, but the new share of the company CEO indicates that the vehicle’s engine will be electric.

“Will there be a sports car from electric vehicles?” Another answer came to the discussion today. The answer was given by Lister Motor Company, which shared the draft drawings of its vehicles two years ago.

Lister Motor Company shared draft drawings of the hyper car called Storm II two years ago. The company’s name on the car was a tribute to the Le Mans race car in 1993. That vehicle in 1993 had a 7.0-liter V12 engine from the Jaguar XJR-9.

Lister Storm II comes with an electric motor:
The company’s plan in 2018 was to add the 7.8-liter V12 engine from Jaguar to Storm II. This engine had 1,000 horsepower to challenge today’s giants like McLaren, Pagani and Koenigsegg, but it was the plan of two years ago, as we mentioned.

Lister CEO Lawrence Whittaker recently shared the new image of Storm II on his Twitter account. The CEO showed the image to the whole world with the statement “A look at Storm II, where Lister will pass”, but the most striking point in the photograph on the CEO’s share was the phrase “EV (electric car)”.

The feature of Storm II, which will take its power from the V12 engine, would normally be used to reach a maximum speed of 400 km / h and reach the speed of 100 km / h in under 3 seconds. Those who want to have this performance had to get $ 2.6 million out of their pocket.

We hope Lister does a new post on Storm II without waiting for car enthusiasts for two years, but now the company is busy developing F Type-based LFT and F Pace-based LCP. The question of when the company ‘s highly anticipated Storm II will be showcased has not yet been answered.

Update is on the way: No more lost tweets while reading!