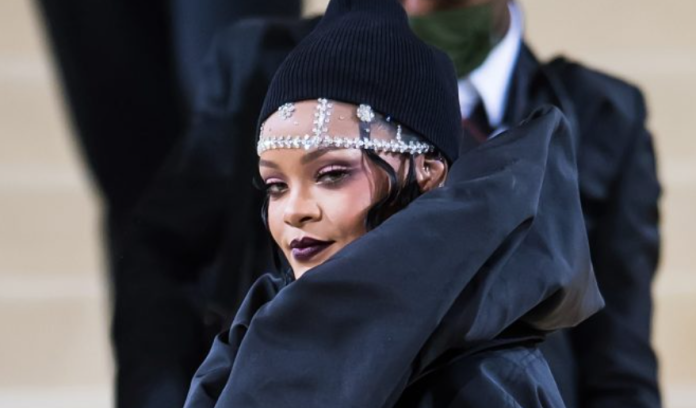 Rihanna shared another new song from the soundtrack to the movie “Black Panther: Wakanda Forever” — listen to “Born Again” below.

The ballad follows last year’s song “Lift Me Up”, which became the singer’s first track as a lead artist after her eighth studio album “Anti” (2016).

Starting only with piano and vocals, “Born Again” slowly introduces orchestral elements, dramatic synthesizer parts and primal chants. The single was written by The-Dream, who had previously written the RiRi songs “Umbrella” and “Birthday Cake”.

“So, until these rivers run dry/ It flows through me/ Wherever you are, I’ll be there/ We continue (We continue)/ Born Again,” the pop star sings in the chorus. Listen to “Born Again” here:

Rihanna will headline next year’s Super Bowl halftime show, which will take place at State Farm Stadium in Glendale, Arizona, in February 2023. Most likely, this will be her first public performance since she appeared at the Grammy Awards in 2018 with the song “Wild Thoughts”. ‘with Khaled and Tiller.

During a recent interview, Rihanna refuted the assumption that performing at the Super Bowl means that she will soon have new material.

“The Super Bowl is one thing. New music is different,” she said. “Do you hear that, fans? Because I knew that the second I announced it, I said, “Oh my God, they’ll think my album is coming out, I need to work.”

The pop star continued, “But I have new music coming out. But we’ll see. We’ll see. [The two things are] unrelated. But the special project…”

After the appearance of “Lift Me Up”, Rihanna said she wanted to return to music to honor the memory of the late Chadwick Bozeman, who played T’Challa in “Black Panther” (2018). Bozeman died in 2020 at the age of 43.

In a four-star review of Black Panther: Wakanda Forever, NME described the film as a “magical memorial” and a “fitting tribute” to the actor.

The Big Bang Theory star got his Ph.D. in real life

Souls-Like Remnant: From The Ashes May Get a Sequel