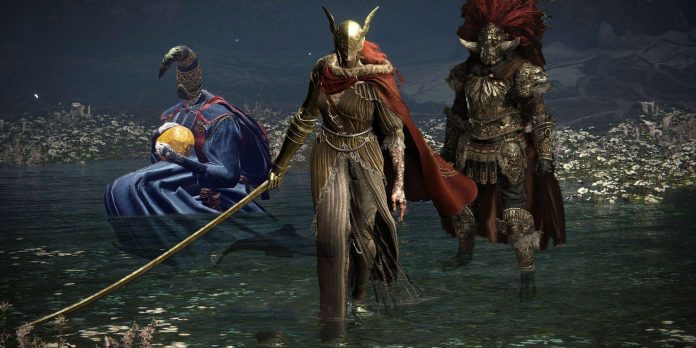 Elden Ring is well known for its complexity: only a few bosses can be killed on the first attempt. While all present a problem, some are much more complex than others. Some bosses are optional, while others are necessary to complete the main plot, and since the game is so open-world, the player can look for simpler bosses before the most difficult ones.
Fortunately, Intermediate Lands tend to place their simpler bosses closer to the starting zone, and the most difficult ones in areas that require more experience and research to access. Since the game was released a few months ago, experienced players now have an idea of which bosses are the least dangerous and which are the most difficult.
RELATED: Elden Ring – Who Let Me Solo Her?
S-level
S-level bosses are the most difficult in the game. They often need a lot of attempts to win, even with the help of other players. The most famous of them is Malenia, an optional boss, but unforgettable because of its complexity. She also needs a lot of effort to get to her, since she is sitting at the bottom of the maze in the far corner of the Inter-Earth. Players like Let Me Solo Her have become famous for helping many other players defeat her.
There are other S-level bosses. The Fire Giant has become known as a challenge that players get stuck with because, unlike Malenia, it is not optional. Although they are simpler individually, Radagon of the Golden Order and the Ancient Beast together also create an S-level boss battle. They count as one fight, since the player has no breaks between them.
A-level
A-level bosses are close to S-level, but may require fewer attempts and become easier with the help of other players. One of these mandatory bosses is Maliket, who has an easier first phase, followed by a very difficult second phase. There are many optional bosses that also fit into the A-level, for example, Astel and the Starry Radan from the Ranni quest line.
In fact, at the beginning of the game there is an A-rank boss that can be challenged. This is Morgott, who belongs to category A because he is a very complex optional boss, whom many consider more difficult than Godric the Grafted. At the opposite end of the game, Dragon Lord Placidusax and Commander Niall are also challenging enough to match the A-level.
RELATED: Should FromSoftware games include a full-fledged cooperative mode?
B-level
Level B bosses are still quite difficult, although they often require fewer attempts than level A. Both Godfrey forms are optional B-level bosses, and another B-level challenge is the Godskin duo. Both are challenges in themselves, but together they can be quite challenging. An additional B-level duo is Valiant Gargoyles.
Margit the Fell Omen matches level B, even with items that can be used as a defense against his strongest attack. The Adult Shooting Star Beast and the Dragon Tree Guardian also pose Level B challenges along with the Forttisax Lichdragon. Then there’s the Royal Knight Loretta and her shadow version, both of which are Level B trials.
C-level
C-level bosses can be made much easier depending on the build of the character. This boss is Rennala, who is immune to most magic, but may be easier than Radagon’s Red Wolf for players who rely on physical damage builds. Along with her, Godric Grafted is a fight that is remembered for the fact that it was not too difficult. Also at level C is Radagon’s Red Wolf, which can be simpler or more difficult depending on the physique of the character.
Outside of the Rennala zone, C-level bosses include Gideon and Rycard. Gideon, compared to other bosses, is simple in the endgame, especially if the player’s character is reduced to physical damage. Rycard can be intimidating, but using the right weapon can make him even easier than all the other bosses with Great Runes.
Level D
D-level bosses are mostly optional, but they are worth challenging to level up for more challenging mandatory bosses. Most of them are considered mini-bosses, sitting in various optional dungeons or prisons. These include the Black Knife Killer, the Sailor of Tibia, the Guardian of the Tree, the Beast Farum Azula and Leonine Misbegotton.
However, the fact that these bosses are at the very bottom of the general list of levels does not mean that they are easy. Elden Ring is a difficult game, and death from any boss is normal, especially at the beginning when the player character has the least amount of strength and experience.
Elden Ring is already available on PC, PS4, PS5, Xbox One and Xbox Series X/S.

LPBW: Why Matt will never have a Real Relationship with Zach...