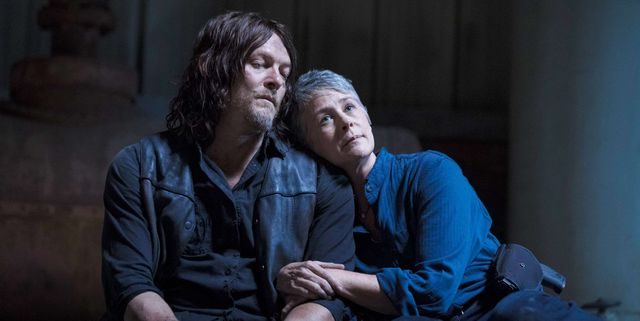 The Walking Dead has inched toward its final stories, and it’s only a matter of time before the characters we’ve come to love finally disappear from television for good. So we’ve made a list of the show’s survivors, and their chances of meeting a bitter end.

Honestly, I don’t know much about Kelly (Angel Theory) on The Walking Dead, except that she’s an excellent shooter, she speaks ASL to Connie, and she loves her sister very much. But sadly, we think she won’t be on the show for much longer. Will she survive until the end of the series ?: 40% chance that she will, but fans wouldn’t be surprised if she was killed.

Even though his The Walking Dead comedic counterpart is long gone, Rosita (Christian Serratos) has still gone strong on the TV series since season 4. But he has become a valued member of the community.

While there has been nothing directly related to a certain story that will focus on her, fans believe that she has a decent chance of surviving, at least more than 50%, because she is a badass girl. But one can never be too careful in the world of The Walking Dead.

Connie (Lauren Ridloff) is an incredible character, as a deaf woman lives so long in a world like this, thanks to her skills and ingenuity. Not only that, but she has literally been one of the few people to put Daryl in her place, which is practically impossible.

So she needs to have a bigger role, there has to be something for her. So fans don’t even consider her death until they see her again, she therefore has at least a 70% chance of survival.

Yes, these are two different characters, but I’m bringing Daryl (Norman Reedus) and Carol (Melissa McBride) together for a specific reason: The iconic couple from The Walking Dead are going to have their own spinoff show after The Walking Dead hits their end.

Unless The Walking Dead is planning to do a full 180 turn and this spinoff is a prequel or something and they really die, that would be too easy so they probably have a 100% chance of getting out of the end unscathed. AMC series.

NICK JONAS AND PRIYANKA CHOPRA PREPARE A SERIES ON THEIR DREAM...