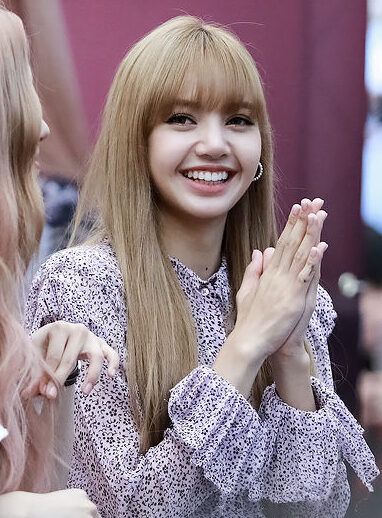 BLACKPINK’s Lisa was the victim of a scam and theft by Jung Bokyung, her ex-manager.

Some time ago it was announced that Lisa’s artistic representative, Jung Bokyung, had stopped working for the BLACKPINK rapper, this news shocked many of her followers, since they had a good friendship, they became great companions and BLINK He really appreciated what the manager did for Lisa.

Although at that time it was not reported why this person stopped being the manager of the idol, netizens speculated that he would return to work with BIGBANG, since from the beginning Bokyung attended the YG Entertainment boy group.

Yesterday it was reported that Lisa’s ex-manager stole a large amount of money from her, approximately one billion won, this happened in her debut time, Jung Bokyung took advantage of his strong friendship with the BLACKPINK member and pretended to look for properties to That she lived in South Korea, she also used the argument that Lisa was a foreigner.

To remedy the situation, Jung Bokyung repaid part of the stolen money and reached an agreement with Lisa to gradually pay off his debt, Jung stopped working for YG Entertainment and closed his personal accounts on social media.

Lisa’s fans expressed their concern for the singer on Twitter, where ‘Lisa’ became a trend, BLINK is very sad for the idol, since she was not only stripped of her money, she was also the victim of the betrayal of a friend.

Kim Kardashian: What Made Her Really File for a Divorce!

Where and when was the last season filmed