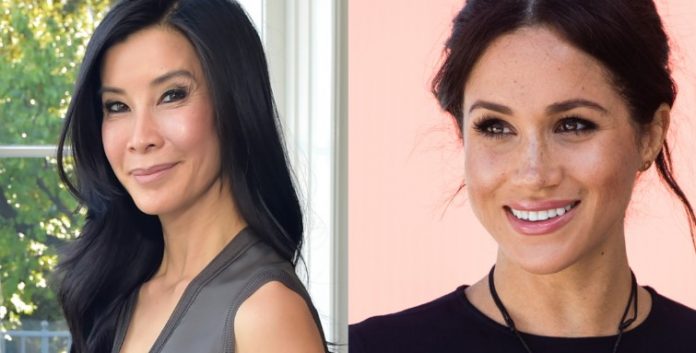 Meghan Markle relaunched her Archetypes podcast on Spotify a month later with Margaret Cho and Lisa Ling as guest presenters. The show was suspended during the official mourning for Queen Elizabeth II, but returned with success. Archetypes managed to make headlines again, and listeners gave both positive and negative feedback.

The fourth issue of the podcast was dedicated to the representation of Asian women in the film community. Three women spoke about the stigma of the Dragon Lady, sharing fragments from their lives. American journalist Lisa Ling seemed to be very impressed with Meghan Markle, praising the presenter.

After the episode titled “Demystification of the Dragon Lady” was released, Lisa Ling took to her official Instagram to share her admiration for Meghan Markle. The TV presenter shared a cute photo of her, Megan, and her nine-year-old daughter Jett.

Meanwhile, it was the title that attracted the attention of users. “I really enjoyed chatting with Meghan Markle for her #Archetypes podcast. She’s such a bright and convincing conversationalist, and I hope people will take the time to get to know her beyond the often insidious headlines,” wrote the latest guest of Megan’s podcast on Instagram.

During the episode, Lisa was at her best, talking about the difficulties she faced in the industry. She admitted that she chose journalism as a profession because of the lack of Asian representation in TV shows and films. The author believed that she was not welcome in television shows, because as a child she could hardly see people like her on the small screen. Ling hailed Connie Chang as the only Asian personality to perform on the national stage. The 49-year-old admires Chang for her elegance, grace and intelligence.

Meanwhile, in this episode, Meghan Markle also recalled her wonderful memories of traveling across the Asian continent. The former American actress told how she enjoyed trying out different cultures, including eating at a Chinese restaurant and going to a naked Korean spa with her mother.

Whoopi Goldberg confirmed to fans that she is working on something...