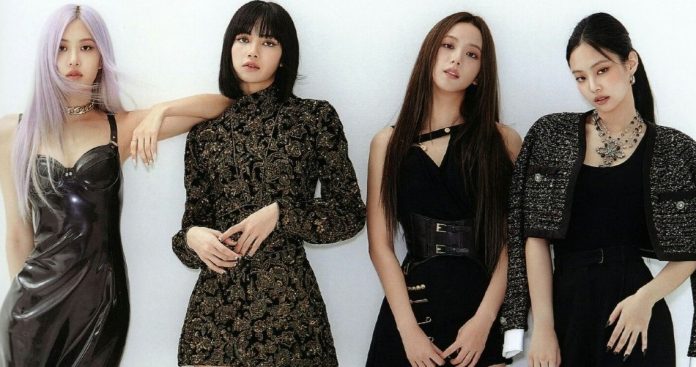 Lisa once again gives the BLINKs hope about BLACKPINK‘s comeback by mentioning that she is working with her fellow members on new music. YG Enternainment had already given some clues about the comeback of BLACKPINK.

However, between that began to appear false and posters Rose and Jennie were seen with different artists each, there was some doubt they prepared. Finally, Lisa confirmed that she and her companions are closer than ever.

This 2021 has been a great year for Rosé and Lalisa, as demonstrated by the success of their solo releases. It will also be an ending as well as a good start to the year for Jisoo, who will be making her acting debut in the Korean drama ‘Snowdrop‘, which is scheduled to premiere in December.

Lisa announces that BLACKPINK is working on new songs

Currently the interpreter of “Money” is in the United States promoting her singles from her solo album, as well as her collaboration with DJ Snake, Megan Thee Stallion and Ozuna, so she went to the Zach Sang Show radio space to talk about the surprises that she prepares for her fans and BLINK.

The host asked Lisa if BLACKPINK was like family, to which she replied “Yes, it’s like family, like sisters, not just teammates or co-workers … no.” Upon hearing her response, Zach Sang wanted to know what the status of the girl band is and if it is only focused on her solo career.

The idol lowered her voice a bit to say, “Oh, now we’re together again … it’s a secret …” Her words were interpreted as a confirmation that BLACKPINK has made a few visits to the recording studio to work on the new songs that will be part of their comeback .

Regarding her solo career, Lisa noted that she is open to making more solo music, but is currently focused on the music she plans to release alongside the South Korean band that brought her to fame. Also, the rapper stated, “I think we need a comeback together, because I know the BLINKS are waiting for it.”

In this LINK you can see a fragment of Lisa’s interview on the Zach Sang Show. It was unclear when will the comeback of blackpink , but everything seems to indicate that we will have more news at the end or beginning of the year.

Warner Bros. Statement about Batgirl and Scoob 2 and cancellation