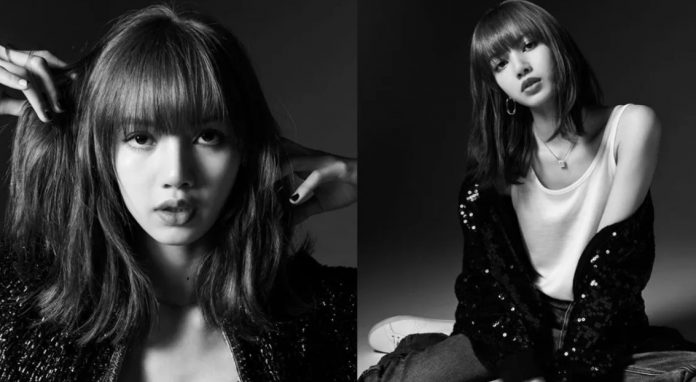 Lisa causes a furor with a teaser for her debut solo. We’ll hear all of BLACKPINK’s Lisa solo talent soon and she’s blown BLINK crazy with this teaser.

Lisa is ready to debut as a solo artist and fans can’t wait any longer for the BLACKPINK member’s solo album, the band has released the first official poster, when can we hear Lisa solo?

August is BLACKPINK month and since it is not over yet, the idols still have many surprises up their sleeve for their fandom, their fifth-anniversary celebration has been a success; starting with ‘BLACKPINK The Movie’ which broke box offices around the world.

The idols of this girl group continue to surprise their fans who love, support, and admire them with intensity and have not stopped getting excited with each release and announcement of their favorite K-Pop singers; And it is that if together all the idols can shine, separately they will also dominate the stages.

Rosé and Jennie have already shocked the world with their solo debut, but also Lisa wants to show BLINK so much more of her solo talents and shine with her own work, when will we hear her debut solo?

Through the official Twitter account of Blackpink, the Idols shared the official poster of the solo debut of Lisa, the first teaser of the launch of the singer and dancer BP excited very much BLINK can not wait for more news about the premiere of this solo work of the idol.

Have you got everything ready for Lisa’s solo album? We hope to give the premiere date soon and we can fully enjoy all the talents of this great idol who has worked hard and her fans give her all the recognition.

In other BLACKPINK news, Rosé feels that music heals her soul as it helps relieve stress, what is her favorite instrument?

Why Starlight had a nosebleed in the TV series “Boys” season...

Everything Camille Grammer Said about RHOBH Wildlife & Why She’s Right