Home Celebrity Lisa and Seunghoon have quite a story behind their video dancing to... 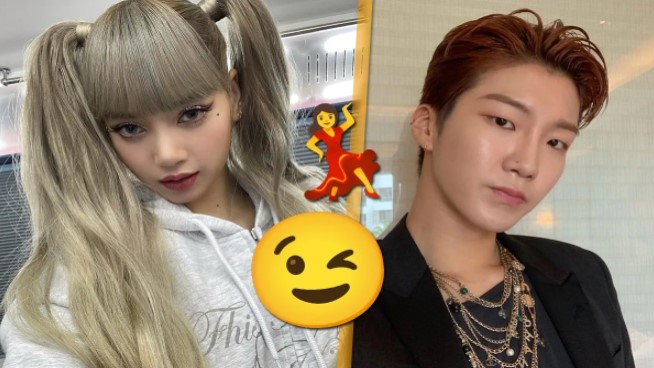 BLACKPINK’s Lisa and Winner’s Seunghoon revived the excitement for Money with their choreography, but the singer also opened up about their friendship in front of fans.

Fans of YG Entertainment groups got a pleasant surprise recently, as two great talents met in front of the camera to unite their skills, what happened?

We recently enjoyed Lisa’s solo where in addition to the lead single, she also released MONEY and caused a stir, now that Hoony is back after finishing his military service, they both met for a dance session.

In a new Lee Seunghoon reel, the Winner member appears dancing to this tune, but soon after Lisa also gets in front of the camera and together they dance to the choreography of the hit song.

LISA AND HOONY DANCE TOGETHER REMEMBERING THE OLD TIMES

Later, the idol shared with his fans how they got ready for this plan, noting that when he told the rapper of his idea to film the clip, she gladly agreed. It was so that both were meeting with the intention of practicing, but in reality they only rehearsed a little and the rest of the time they just had fun.

It was thus that the YG Entertainment singer recalled how several idols from the company had previously met to dance, since Lisa, DK from iKON and he were part of one of the clips with a choreography for YGX, do you remember?

WINNER’S HOONY HAS COMPLIMENTS FOR LISA AND HER DANCE

This boy also added that while he was with the BLACKPINK idol he saw again why she is a star, because her talent is no joke and she is worthy of admiration.

It was thus that the artist pointed out that he had learned a lot from the girl and that, if possible, he would like to record more dance videos with her agency partner, can you imagine? Tell us what songs you would like to see them dancing to.

On the other hand, JYP Entertainment is listing everything for the debut of their new girl group but even now, NMIXX has already been in the midst of criticism and here we tell you why.

Jungkook shows how proud he is of his body with a...