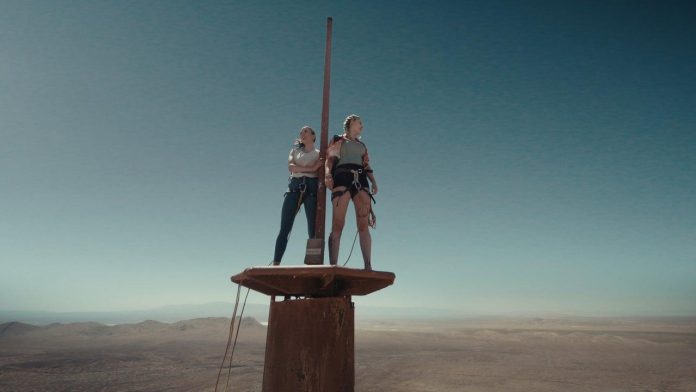 The upcoming action movie starring Grace Caroline Curry and Virginia Gardner was apparently full of bullshit… and, because Lionsgate desperately needed a PG-13 rating, the filmmakers used deepfake to get rid of all this swearing.

“For a movie like this, we can’t reshoot it,” director Scott Mann said in a behind—the-scenes video reported by Variety. “We’re not a big tent… we don’t have the resources, we don’t have the time, more than anything. What really saved this movie and attracted a wider audience to it was technology.”

According to Mann, the solution was to turn to the London-based artificial intelligence company Flawless, where he is also co-CEO… and apparently already had a good idea of what this technology is capable of.

“When we were shooting the movie, we didn’t know if we were rated R or rated PG-13, so I said the word “F” so many times that it seems to me that Scott wanted to kill me in the post when we were trying to get a PG-13 rating,” said the partner on the movie Virginia Gardner.

It’s easy to see how these bombs could have ended up there — Fall tells the story of two women who climb an abandoned radio mast to scatter the ashes of one of their husbands, but when sections of the ladder fall off, the couple becomes stranded.

According to Mann, the team cut out more than 30 swear words throughout the film, changing the film’s rating from an R rating to PG-13. Many of the most egregious swear words in the film have been changed to teen-friendly ones, such as “phreaking.”

“As far as I know, every movement of my mouth in this movie was made by my mouth,” Grace Caroline Kerry said.

The TrueSync software used by Mann was originally designed to improve duplication when translating movies into other languages. It uses technology similar to other deepfake-style programs, changing mouth movements to synchronize with a new alternative dialogue.

The fall was shot with a budget of only $3 million, which meant that reshooting key scenes to lower the film’s rating was simply impossible. Besides, it would take months to re-shoot.

TrueSync edits were made in just two weeks, at the final stage of post-production.

It remains to be seen if we will see deepfakes used for other creative purposes, but the creators of South Park, Matt Stone and Trey Parker, have almost made their own film about deepfakes starring non-former President Donald Trump.

Park Seo Joon Steals All The Attention At A Soccer Game