Home Sport Lionel Messi: this is the reason for his curious celebration after scoring... 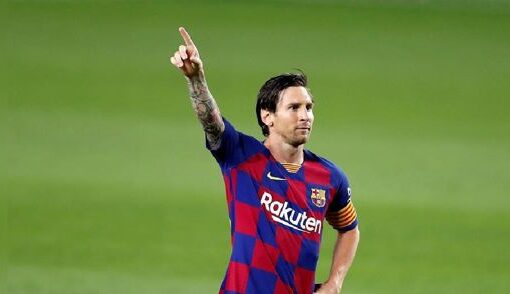 Lionel Messi: this is the reason for his curious celebration after scoring against Leganés. La ‘Pulga’ was the author of the second goal in FC Barcelona’s 2-0 victory against Leganés and their celebration caused more than one question.

Last Tuesday, FC Barcelona met Leganés in his first game as a local after the restart of LaLiga and his result was as expected: a 2-0 victory that keeps him at the top of the standings.

The second goal came from a penalty kick at Lionel Messi’s feet . The Argentine striker was right from the twelve steps and after breaking the net he had a curious celebration that aroused the intrigue of many.

The ‘Flea’ managed to place his left hand on his waist and with his right hand point towards some horizon while fixing his gaze to the front. Why did he do it?

According to the official Lionel Messi page, this was a dedication of his goal number 699 as a professional to his three children and imitated the posture of one of the characters in a game he shares with them.

The video game is Fortnite and is usually played on PlayStation. This time it served as a celebration for Lionel Messi to celebrate that he is one goal away from turning 700 as a professional.

It is expected that this figure can be reached in the visit that FC Barcelona will have against Seville this Friday, June 19 at 3:00 pm (Peruvian time).