Home Sport Lionel Messi statement from Pochettino! Is he going to PSG? 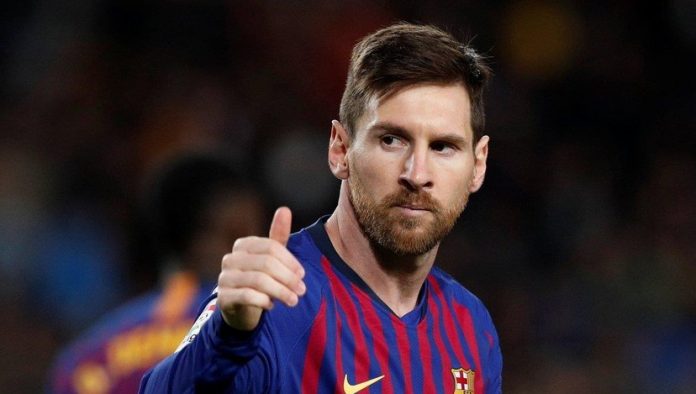 Breaking transfer news: It was a matter of curiosity where the new address of the world-famous star Lionel Messi, who left Barcelona, would be. Paris Saint-Germain coach Mauricio Pochettino made statements about Lionel Messi leaving Barcelona. Here are all the details about the transfer of the year…

The world is wondering which team Lionel Messi will sign, leaving Barcelona, one of the Spanish League teams.

After Lionel Messi’s departure from Barcelona, it was revealed that Paris Saint-Germain President Nasser Al-Khelaifi took action for the transfer.

It was claimed that Jorge Messi, who is the manager and father of the Argentine star, started negotiations with the French team and that an agreement was largely reached.

It was also revealed that Paris Saint-Germain, who previously announced the transfer of Neymar from the Eiffel Tower, rented the famous tower of France for Tuesday, August 10. This lease was allegedly for Messi.

Paris Saint-Germain coach Mauricio Pochettino said: “We learned that Lionel Messi left Barcelona last night. I have no other information. We are focused on the Troyes match, not the transfer. Our president continues to work on improving the team. If we add Messi to our squad, this is Kylian. It doesn’t mean that Mbappe will leave the team.” he said.

On the other hand, the French press claimed that Lionel Messi will sign a 2+1-year contract for PSG’s annual net salary of 40 million euros.

On the other hand, it was claimed that Qatar Club Al Sadd offered 34-year-old Messi a 3-year contract and 1 billion Euros in return. However, it has not yet been revealed how Lionel Messi responded to this offer.

While the news that Lionel Messi is approaching Paris Saint-Germain step by step, maintains its warmth all over the world, it was claimed that Chelsea’s owner Roman Abramovich stepped in for the transfer of the Argentine star. However, it was emphasized that Chelsea’s transfer of Messi is highly unlikely.

Although not much time has passed after the departure of Barcelona and Lionel Messi, the new address of the Argentine star is expected to be announced next week.