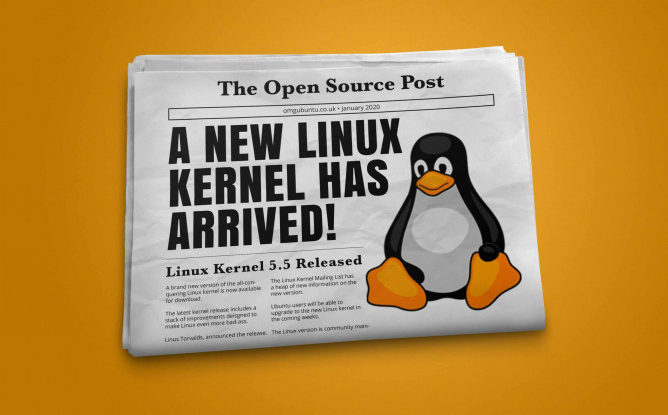 A few days ago Linus Torvalds said that the stable version of Linux 5.5 will be released soon. While Linux 5.5 was officially released, the new version includes many hardware updates.

Linus Torvalds, the developer of the Linux kernel, announced a few days ago that the stable version of Linux 5.5 will be released soon. Now, it has been announced that Linux 5.5 has been officially released. Torvalds chose to release the Linux 5.5 kernel on time, despite increasing patches and delays due to New Year’s holidays.

Linux 5.5 brings with it many changes. Support for Raspberry Pi 4 in the new version , overclocking for AMD Navi GPUs, support for new and future Intel platforms, level 5 paging by default, a more convenient interface than now, NVMe driver, voice support for Chromebook, unit tests in the kernel Features such as KUnit are included.

The release of the new version also means that the merge window of Linux 5.6 will be released immediately. Linux 5.6 is expected to be an intriguing version. In addition to WireGuard, this version will include USB4 support, network improvements and many new hardware features. Linux 5.6 is expected to be released in April, but Ubuntu is very close to the release of 20.04 LTS , so the new version Ubuntu has a Linux 5.5 kernel. The code name of Linux 5.5 is ‘Kleptomaniac Octopus’.

On the other hand , the changes made by Intel to the Linux 5.5 kernel contain a code section that can be used with an external graphics card and the internal GPU on Intel processors. So if you have an Intel graphics card and processor, it will be able to get the help of the built-in GPU to assist in processing.

It is said that with the new method of the hardware giant , it can gain superiority against its big competitors such as AMD and NVIDIA . It is claimed that the company may claim its new technology as its secret weapon if it struggles to fight NVIDIA or AMD.