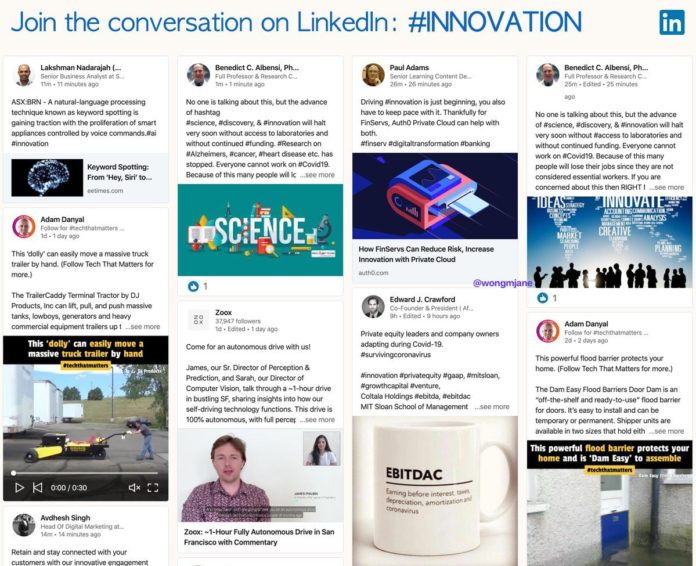 LinkedIn, a social networking platform that enables business people to communicate with each other, is experimenting with some of the new features it is preparing to bring. Features tested include a new survey option for posts, tag presentation mode, and image editing tool.

Jane Manchun Wong, an expert in reverse engineering, has revealed that survey options for posts on LinkedIn are being studied. Sharing an image of the study, Wong showed how to use the feature. At least 4 relevant answer options can be added to the survey. The questionnaire to be scheduled will be shared just like a LinkedIn post.

The survey feature, which will be offered to both desktop and mobile users, is not yet public, but you can go to the LinkedIn Help page, which gives you a better idea of ​​how to use the surveys. LinkedIn also plans to add this feature to groups on the platform.

LinkedIn is preparing to introduce the survey feature:
Wong also reported that the US-based company is working on the tag submission mode. As for the feature, clicking on a label will open a page that covers the full screen with images related to that label. The label presentation feature is a very useful feature for following specific issues and discussions, but it is stated that the primary use of the label feature is to follow the activities. Thus, it is aimed to bring users together on a certain subject during an event.

See Also  LinkedIn made a political decision! Politicians will be blocked

All of these new features seem to be useful to many who use the LinkedIn platform, although it doesn’t seem like an extraordinary one. LinkedIn has not yet made an explanation of when these features will be available, but the progress in the work shows that users will soon have new features.

Kylie Jenner shows her stretch marks and the Internet loves her

CHEN AND DYNAMIC DUO PREMIERE ‘YOU’, THEIR NEW COLLABORATION

Some DVD and Blu-ray Players from Samsung Not Working for an...