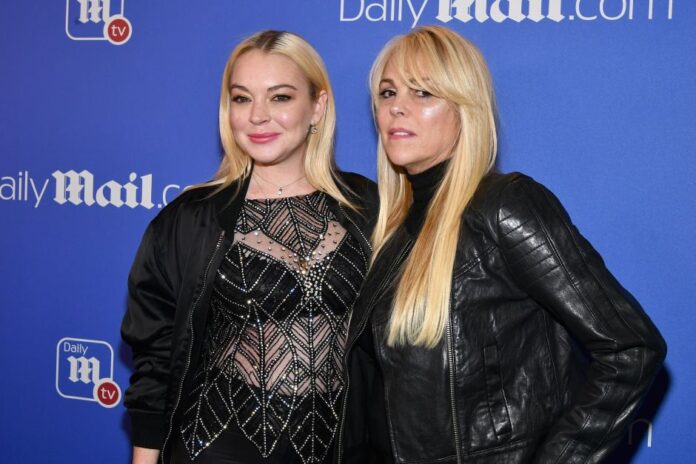 Who says there is an age to find love online? Dina Lohan denies it with her incredible story. It seems that Dina Lohan’s peculiar love story with the man she met online will end up having a happy ending that very few expected.

The mother of famous actress Lindsay Lohan had a six-year relationship with a man named Jesse Nadler, as it was made public in early 2019, just as she was preparing to compete in the ‘Big Brother’ program. Throughout that time, they never saw each other in person or through a video call, but they often spoke on the phone.

Dina Lohan and Online Boyfriend Split Before Planned Meetup: Dina Lohan's not gonna be meeting her online boyfriend anytime soon — 'cause he dumped her right before they were set to finally see each other face-to-face … TMZ has confirmed. Jesse Nadler tells TMZ … he… pic.twitter.com/KTK3MSH4V4

Finally the couple met after Dina’s departure from the reality ‘Big Brother and, at first, their daughters could not help but suspect the intentions of their mother’s new boyfriend. That suspicion, which they ended up transmitting to their mother, ended up causing their breakup before the summer, just when wedding bells began to ring.

However, their separation did not last long, and after another opportunity, they have decided to commit . His plans are to get married as soon as the current restrictions in the United States are lifted and the groom can travel from California , where he resides, to Long Island (New York) to meet with Dina.

Dina Lohan and Jesse Nadler are engaged again — with a ring this time https://t.co/7mq0B8HmnT pic.twitter.com/yKhFH4IYYM

She herself has been in charge of confirming the news by publishing a photo of her engagement ring on Instagram along with the message: “It is official.” So far, none of her three children – including Lindsay – has spoken out about the link.

Hot Bella Hadid: she bronze topless and appears on Instagram!