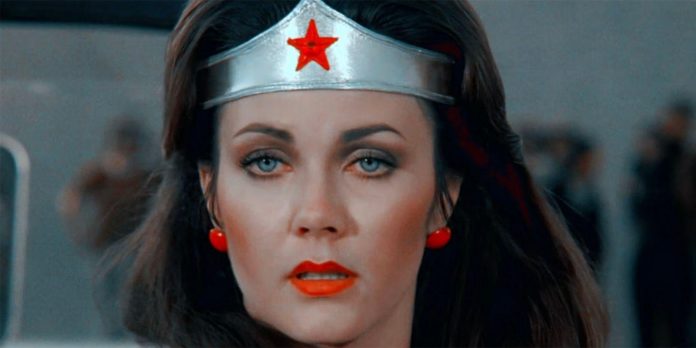 Linda Carter tells what was her initial reaction to the first viewing of the cult film “Wonder Woman” by Patty Jenkins in 2017. “Wonder Woman” was played by Gal Gadot in the title role and immediately received a lot of positive reviews from both critics and viewers.

“Wonder Woman” was a milestone for the DCEU as it finally focused and introduced female superheroes, something that hadn’t been noticeably on-screen for decades. Thanks to the success of Wonder Woman, the sequel to Wonder Woman 1984 quickly followed in her footsteps. Now the third film is officially being prepared, although the release date of “Wonder Woman 3” has not yet been announced. Even before Gadot performed the famous role of Wonder Woman, Carter played the legendary hero in the TV series “Wonder Woman”, which ran from 1975 to 1979. Initially, the character of Diana had a completely different image and tone than the Wonder Woman that fans know and love today. Carter’s Wonder Woman was all dressed in a short bright red top and blue shorts with white stars embroidered on them, as a symbol of the American flag.

Instead of adopting the patriotic popsicle aesthetic, Jenkins decided to change the image of Wonder Woman for her film, in which Gadot was adorned with heavy metal armor complete with a fully breathable suit in which she can really move and fight freely. Carter’s look is still considered a classic “Wonder Woman” from “OG”. Fans also can’t forget that she deserves credit for taking on such a female role at a time when female superheroes were practically extinct, not to mention a time when women didn’t play the lead roles. In fact, Carter even made a surprise cameo in Wonder Woman 1984, in which she portrayed an Amazon warrior named Asteria during a post-credits scene. Now she has told The Guardian about her feelings after first watching Gadot’s “Wonder Woman.”

During the interview, Carter recalled how “exciting” it was for her when she first watched the movie “Wonder Woman.” “Oh, I was ecstatic, I stood, I applauded. I cried, I laughed,” she said before talking about her late husband Robert Altman. — I was holding the hand of my daughter and husband. It was strange to see another woman donning this robe.”

Without a doubt, it was a surreal experience for Carter as she witnessed Gadot take on a role she had dedicated part of her life to, a role she probably never thought she would get back to again. Her take on the enhanced heroine was the foundation, the creative catapult that the DCEU needed to take the various stylistic risks and character leaps it does with Wonder Woman Gadot. Fans can also expect Carter to reappear in Wonder Woman 3 as she’s set to reprise her role as Asteria.