Home Entertainment Linda Carter Is On the Heels of Ryan Reynolds; Joins Tumblr to... 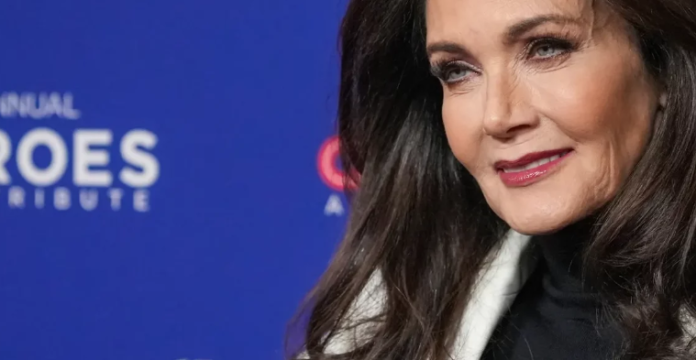 The Twitter saga is still ongoing after billionaire Elon Musk acquired the platform a few days ago. Shortly after the acquisition, the owner of Tesla proposed several new changes to the microblogging site, which several celebrities did not like. Many decided to leave the site, such as Toni Braxton and Shonda Rhimes, while others, such as Ryan Reynolds, simply switched to another platform.

The Canadian opened a new account on Tumblr after the drama on Twitter. In his first posts, he shared several GIFs and other jokes. Now it seems that Wonder Woman also followed Deadpool.

“Wonder Woman” actress Linda Carter recently announced on Twitter that she has joined Tumblr. However, her announcement of the news was quite funny. She announced that she joined the site to keep Ryan Reynolds under control!

Joined Tumblr, because somebody has to put Deadpool in his place. @VancityReynolds https://t.co/FRsyVAFt6R

And Ryan welcomed her with open arms.

🎶All the world is waiting for you 🎶 https://t.co/zV9nhlIbNa

On Twitter, women mostly retweeted the work, and this leads us to believe that she will fit perfectly into the Tumblr audience. Carter played Diana Prince on television in the 70s, but despite the decades that have passed, she remains an active supporter of the fan community.

She is also very vocal about her support for the LGBTQ community and women’s rights. With two new members, we expect several more people to join Tumblr in the coming months. The microblogging website is now offering its users a blue tick for a price. This is charged $7.99 per month.

In addition, Musk also intends to introduce longer videos and less intrusive advertising. He also promises to increase the visibility of high-quality posts, and all this is done in order to stop spam messages on Twitter. With the changes Musk is bringing to Twitter, Tumblr could become a new celebrity hub. In addition to jumping from platforms, the Canadian also hopes to buy senators.

Do you think Tumblr will become the new Twitter? Tell us in the comments below.

Liverpool Fans Welcome a “big win”, But We All “need a...