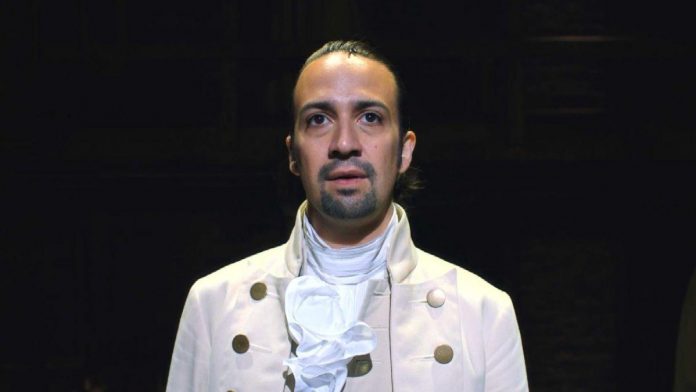 Last Friday, The Door Christian Fellowship Ministries in McAllen, Texas, broadcast live Hamilton’s own production with several changes in the script and lyrics relating to biblical references not from Lin-Manuel Miranda’s musical, as well as a moment at the end when the pastor compared homosexuality to drug addiction. After the recent production and the subsequent negative reaction, Miranda broke her silence.

Lin-Manuel Miranda took to Twitter to thank fans for drawing attention to the “illegal, unauthorized” production of his Broadway musical, and referred to a statement from the Playwrights Guild that “condemns” the staged production. The Playwrights Guild is a professional trade association of theater writers that supports such cases. You can read Miranda’s words and the Guild’s statement below:

I am grateful to everyone who reported this illegal, unauthorized production. Now the lawyers are doing their job. And always grateful to @dramatistsguild, who have writers’ backs everywhere, whether it’s your first play or your fiftieth.

A musical like “Hamilton” cannot be played on stage without the official approval of the artists, and the Ministry of The Door Christian Fellowship has not received permission from Lin-Manuel Miranda. Changing a musical, in addition to staging it without permission, could lead to the church being sued for its production for copyright infringement. As Miranda wrote in her tweet, “now lawyers are doing their job.”

The video of the two-hour performance has since been deleted. According to NBC News, which received a copy of Hamilton’s unauthorized production, the actor who played Alexander Hamilton once said, “What is legacy? Knowing that you have repented and accepted the gospel of Jesus Christ liberates people. You sent your sinless son of man to Calvary to die for me,” demonstrating how the Texas church turned a secular musical into something religiously oriented.

Following the backlash, The Door Christian Fellowship Ministries responded that the church is not anti-LGBTQ after associate pastor Victor Lopez compared homosexuality to fighting drug addiction in a sermon at the end of an unauthorized Hamilton production in Texas. The church also claimed to have obtained legal permission to produce Hamilton. It is clear from Miranda’s response and the content of the musical that it was unauthorized, but, as of Wednesday evening, no documents had been received.

Hamilton has been performing on Broadway since 2016 and continues to tour the United States. In the summer of 2020, a taped version of the musical with the original cast became a Disney+ hit. Miranda believes that Hamilton’s release has only increased the demand for the show. Although Hamilton’s show has faced some controversy as it has become more popular, it remains a hot ticket, so much so that one of the actors is willing to continue the story.

Following Hamilton, Lin-Manuel Miranda achieved success in other projects, such as Encanto and his viral song “We Don’t Talk About Bruno”. Both Hamilton and Encanto can be viewed on a Disney+ subscription.