Home Tech Limit yourself to the popular iOS 16 feature! It won’t be as... 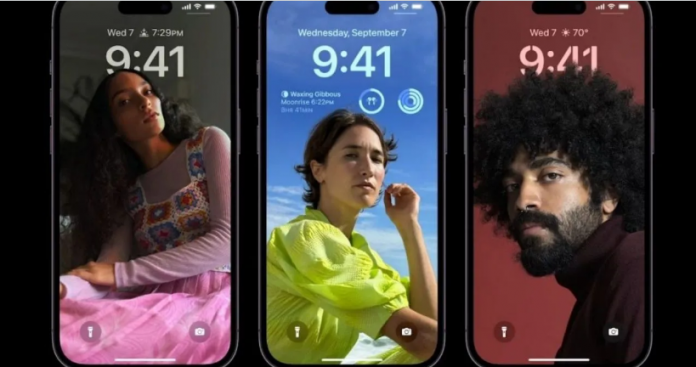 In iOS 16, Apple introduced a customizable iPhone screen lock feature to users. However, there is a limit to this.

A lot of users’ attention was attracted by the fact that Apple introduced iOS 16. The most important of these innovations was the customizable iPhone lock screen. This feature helps users to set different wallpapers and fonts. But there will be a limit to this. Here are the details!

You can install 200 customizable lock screens on each iPhone.

With the presentation of the Apple iOS 16 technology giant, interesting features have reached the user. The most popular and wonderful of these features was the customizable iPhone lock screen. Thanks to this feature, users can create a lock screen with many customization options.

Despite all this, the latest version of the iPhone operating system does not allow you to create as many customizable lock screens as you want. According to an iPhone user on Reddit, there is a limit of 200 custom lock screens on an iPhone with iOS 16. If you exceed this limit, the system will ask you to delete one of the added screens.

In general, this limit seems to be more than enough for many users. However, it seems strange to some users to learn that Apple will not allow iPhone users to create an unlimited number of lock screens. In addition, it is worth paying attention to 200 lock screen options. This is because you need to swipe your finger across each screen. For example, there is no shortcut to switch from the first screen to the last one.

Along with all this, the lock screen in iOS 16 has other limitations. One of them is on the clock and widgets. For example, you can’t freely move the clock and widgets around the screen. There is also no way to change the flashlight and camera labels to something else. Despite the limitations, the new lock screen is a significant update for iPhone users when it comes to customization.

Since iOS 16.1 is currently available as a beta for developers, Apple has introduced another way to switch between wallpapers. The update also allows users to easily customize the wallpaper settings for the iPhone home screen.

So, what do you think about limiting the iPhone lock screen? Don’t forget to share your opinion with us in the comments section!