Home Celebrity Lily-Rose Depp and Timothee Chalamet are they still in a relationship? We... 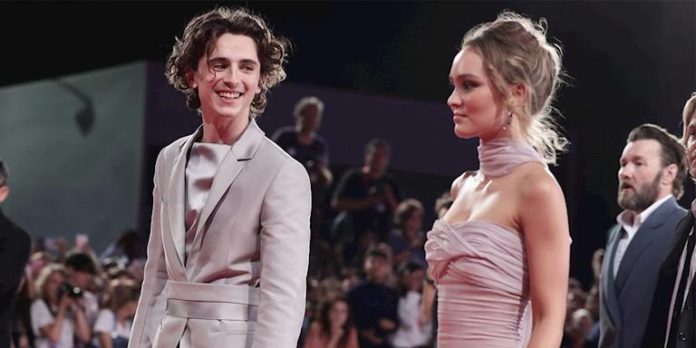 Let it be said, Timothee Chalamet and Lily-Rose Depp are one of the couples who are unanimous on social networks. Together since 2018, the two lovebirds live a beautiful and discreet romantic relationship.

If they have never confirmed their idyll, the clues speak for themselves. As a reminder, the daughter of Johnny Depp and his boyfriend had been seen kissing on a yacht in Italy. A rapprochement that had been talking on the web. Today, the duo is more secret than ever. To the point that the fans question and worry: this romance is it still relevant? We take stock.

That the aficionados of Lily-Rose Depp and Timothee Chalamet are reassured, they are always in couple. Recently, the two young people were even photographed together during a romantic date. As reported by Just Jared magazine, the couple was seen very complicit at the exit of a restaurant in Los Angeles on October 25th. Proof that their romance is still strong. Exit the fears of a potential separation so, the two lovebirds are simply very far from the Hollywood life. The recipe for a relationship that lasts? We can only wish them. Elsewhere in the news, know that princes William and Harry have been cold for years according to the words of a relative of the royal family.

Iris Mittenaere takes advantage of her beauty while running!