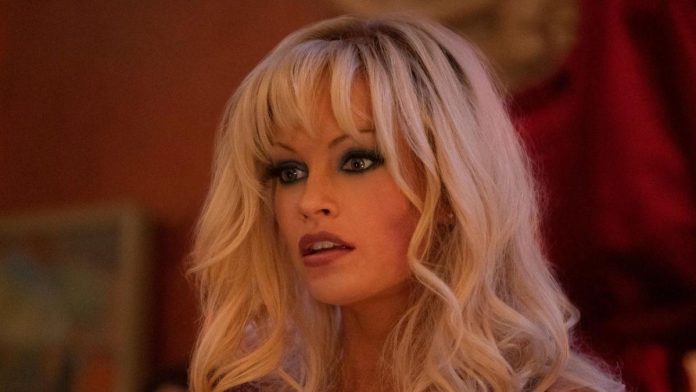 The limited series of “Pam and Tommy” for Hulu caused a lot of controversy from the very beginning. The series, directed by Lily James and Sebastian Stan, was generally liked, but also received a negative reaction due to the depiction of a delicate topic. The period of time covered by the show was one of the most painful for Pamela Anderson, and neither she nor Tommy Lee participated in the production of the show. Lily James was recently asked about Pam Anderson’s feelings, and she shared her view on this issue.

Anderson allegedly expressed her disdain for the series, and the messages indicated that she refused to watch it. Responding to this rumor in an interview, the actress reflects on her affection for the Malibu Lifeguard star and what she hopes Anderson will take out of the series. She told The New York Times:

Still nothing, and I totally respect that. It’s her choice. It’s weird because I played her and I feel so attached, but… I hope if she ever watches this, she’ll feel like the show is behind her.

Hulu’s Pam and Tommy follows the relationship of Pamela Anderson and Tommy Lee in the 90s, as well as the discovery of a personal pornographic video of the two. The video was stolen by an electrician (played by Seth Rogan) who was distributing the film online. The series is based on real events, but the question of how “truthful” Pam and Tommy are is a matter of debate. Former Mötley Crüe contestant Vince Neal called the Hulu series inaccuracies, and Courtney Love expressed her anger about the show and her refusal to participate in a now-deleted Facebook post. Anderson apparently agrees, as she has decided to take control of her own narrative in the Netflix documentary she will be filming.

Despite the disgust towards the series from those who were familiar with the story, Pam and Tommy also received a lot of praise, especially for the performances of James and Stan. Both actors are nominated for the 2022 Emmy Award for their work on the series, and the series is nominated for “Outstanding Limited Series or Anthology Series.” The show initially caused a stir due to the photos released from the show’s production and the uncanny resemblance between Stan and James and the stars they portrayed.

Lily James, in particular, sought to make her portrayal of Pamela Anderson as authentic as possible. She understood the responsibility associated with portraying such an iconic woman, and clearly had a lot of respect for Anderson and what she went through during that time. James also felt the pressure associated with Pam and Tommy, especially in portraying such a sensitive topic involving real people.

You can watch how Lily James portrays Pamela Anderson in the movie “Pam and Tommy”, which is still being broadcast exclusively to Hulu subscribers. For more information on what else will appear in streaming and beyond, check out our TV program release schedule for 2022.