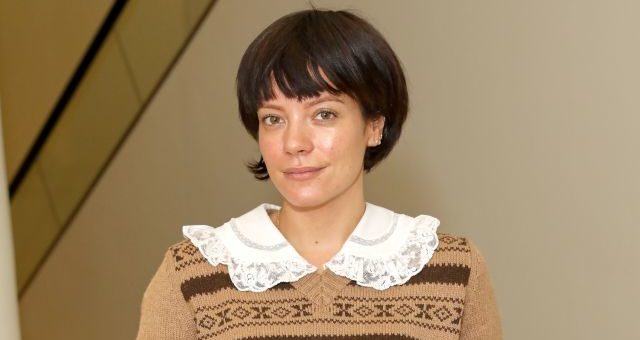 Lately, when we believe that something is out of the ordinary we say that ‘stranger things’ occur. It is what has the power of television and especially the series that become part of popular culture. Well, some will say that Lily Allen and David Harbour is one of these cases, now that it has been confirmed that they are a couple. But no, nothing strange, that they have known each other for a while.

Sheriff Hopper, Stranger Things, 44, seems to have conquered the singer, 10 years younger. The rumors were there since last August when they were seen together at some events in London. But it has not been until now when the news has been confirmed. After the actor passed through Saturday Night Live, she posted a photo of him with one word: “Mine.” He did it, just one day after photos of the couple began to circulate walking the streets of New York.

And it seems that the one who moves, for now, is her. That distance relationships do not always work and have decided to approach. “Leaving the United Kingdom until after Brexit. Good luck children,” the singer wrote in networks a few days ago.

This summer, when they started their relationship, they were both single. The actor broke up at the beginning of the year with Alison Sudol, the actress of Fantastic Animals and where to find them that, now, she is testing in music. Before, we had met him with actress Julia Stiles, very popular in the 90s or Maria Thayer, with whom he came to think he was promised.

Allen, meanwhile, acknowledged last December that it was the first time she was single since she was 15 years old and that is, she has been chaining couple after couple. At the end of 2018 he separated from DJ Meridian Dan, with whom he was dating lately. In addition, he shares two daughters with Sam Cooper from whom he divorced in 2015.

Why Robert’s rebellion should be shown in a prequel