Home Celebrity Lili Reinhart: This message to respond with the hater! 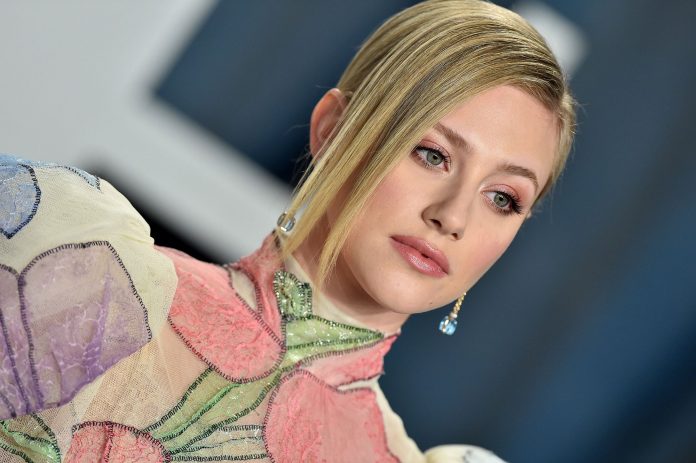 In Story on her Instagram account, Lili Reinhart shared a photo where she unveiled her very cash line to repack her haters!

On social networks, Lili Reinhart has had to defend herself against the haters many times. They never hesitated to belittle her about her physique, her relationship with Cole Sprouse or her life in general.

But Lili Reinhart is not the type to let it go. Indeed, she always wanted to defend herself against her haters. In 2018, the pretty blonde had confided in the subject of the body shaming of which she was the victim.

Lili Reinhart told Harper’s Bazaar: “Marylin Monroe was a curvy woman and she had breasts. For me, this is really inspiring and it makes me accept my body ”.

In another interview with Fallon, the young woman also explained that she has OCD. A revelation about her private life which, once again, drew some criticism from the haters.

On Twitter, she defended herself, “I just want to tell you about my interview with Fallon. I actually suffer from obsessive-compulsive disorder. It wasn’t a joke I wanted to make on a show. ”

Lili Reinhart also added: “I have had OCD since I was in elementary school. Then yes. I have the right to talk about it. Thank you “. Another time, she had been targeted over her relationship with Cole Sprouse.

LILI REINHART UNVEILS HER BIG PUNCHLINE AGAINST HER HATERS

On Twitter again, Lili Reinhart had let it be known very angry: “Twitter is a despicable place. It’s so easy to *** me behind your phone, eh? “.

Lili Reinhart also balked, “This is exactly why people decide to keep their relationship a secret. Besides, that’s the reason why people don’t have social media. ”

The Riverdale actress added, “Because of this relentlessness. I accept the harassment against me. But I can’t tolerate that kind of bullshit. Especially when they’re addressed to someone I care about. ”

She concluded: “Then there is literally no reason.” This Sunday, January 24, the pretty blonde has also unveiled her cash message to answer all her haters. She made her fans laugh.

In Story on her Instagram account, the young woman shared a video of a very determined woman walking down a hallway wearing sunglasses.

In caption, Lili Reinhart also wrote: “Honestly, every time someone hurts or beats me, I allow myself to feel upset … But then I say:” Well it’s a good thing that I succeed ”

Finally, the actress swung: “Badass boss bitch”. A message that clearly has the merit of being clear. She made her fans laugh a lot!

Kai celebrates his birthday surrounded by friends and family