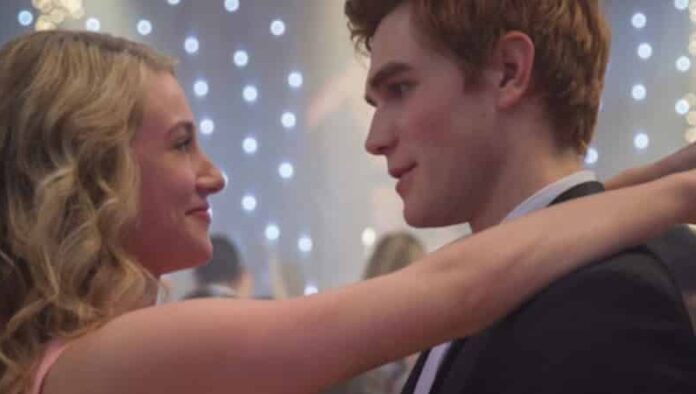 Lili Reinhart kiss with KJ Apa (Riverdale) is buzzing! Some fans did not fail to react about the kiss between Lili Reinhart and KJ Apa during the musical episode of Riverdale!

Attention Spoil. Days ago, Netflix released a new episode of Riverdale in the form of a musical. And the least we can say is that the kiss of Lili Reinhart with KJ Apa (Riverdale) has not failed to make people talk about him.

In the first season of Riverdale, Betty Cooper alias Lili Reinhart had not hidden her love for Archie of Riverdale (KJ Apa). If the two had exchanged a kiss, they quickly ended this little idyll. Especially since they both found love with someone else.

But the last season turned things upside down. Indeed, at first, Lili Reinhart and KJ Apa had to have a fake kiss to make believe in the death of Jughead (Cole Sprouse). But it seems that this kiss has rekindled the flame between the two .

And the episode of the musical clearly demonstrated that the two always had something for each other . Indeed, in this episode, the characters helped Kevin to mount his musical “Hedwig and the Angry Inch”.

LILI REINHART AND KJ APA: THE NEW COUPLE FROM RIVERDALE?
After many adventures, Lili Reinhart and KJ Apa find themselves separated from the others. Once both, they exchanged a passionate kiss which was not wrong. This time, their feeling spoke for them.

And the least we can say is that this kiss did not fail to make react the Web. Indeed, some wonder what will happen for the couple Betty / Jughead and Archie / Veronica. Some also seem disappointed with this kiss .

On social networks, fans confided that they did not want the beautiful blonde to couple with her childhood friend . Case to follow!