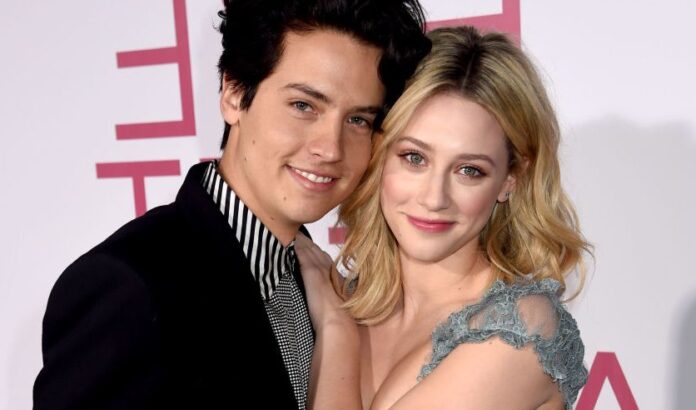 Lili Reinhart and Cole Sprouse have been playing in the Riverdale series for over four years . Cole made a name for himself when he was playing with his twin brother in La Vie de Palace by Zack and Cody.

Nevertheless, Lili made herself known by playing the role of Betty in the Netflix series. The two actors met on the set. At the time, they weren’t dating and they were a couple on the small screen.

However, it was in 2017 that Cole Sprouse and Lili Reinhart decided to go out together. They tried to keep their relationship secret for a few months. Nevertheless, fans started to question when Cole posted a snapshot of Lili on March 18, 2017.

However, it was only on April 3, 2018 that fans had confirmation that Cole and Lili Reinhart were together. Indeed , they had been seen in the middle of the street kissing. Then, a few months before, they had spent the New Year together in Hawaii.

However, it will take until May 7, 2018 for Lili and Cole Sprouse to formalize their story. The latter had gone together to the MET Gala and they were hand in hand. Besides, the actress wore a very beautiful dress and she appeared more in love than ever.

LILI REINHART SHOWS MORE AND MORE HER LOVE FOR COLE!
However, Lili Reinhart and Cole Sprouse have always wanted to remain discreet about their history. Even after the Met Gala, Cole refused to talk about her relationship. ” I don’t want to talk about my relationship. I won’t tell you anything about my love story. It’s just not appropriate there, ”he said.

Lili and Cole started really showing off together and lifting the veil on their story in July 2018. The actress was posting more and more photos of her darling and she was no longer afraid to talk about her story with the interpreter of Jughead.

The relationship of Lili Reinhart and Cole Sprouse has only intensified over the months. They spent Thanksgiving together in 2018. Besides, it was at this time that Cole met the family of the starlet.

Nevertheless, the love story of Lili and Cole experienced some turbulence. In July 2019, Us Weekly announced the end of the couple. The actress had to clear things up and denied the news.

Then, on April 23, 2020, the star said she wanted to distance herself from Instagram. She spent confinement alone at home after rumors of infidelity. However, that doesn’t mean their story is over.

See Also
Lili Reinhart and Cole Sprouse: the stars of Riverdale split up!