Home Entertainment Like It or Not, WB’s Controversial Plans Could Make Movies Special Again 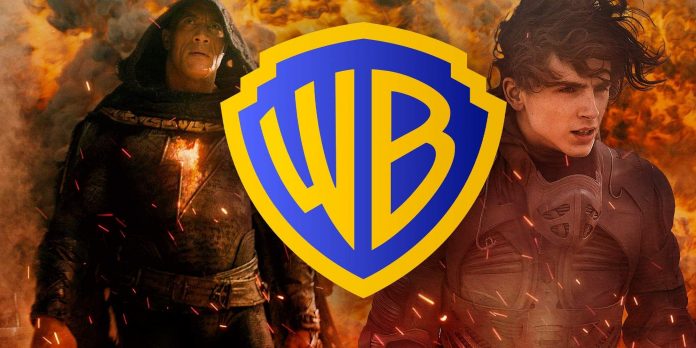 Warner Bros. Discovery‘s controversial plans for the future are poised to make theatrical films special again. During their 1st quarter earnings call for 2022, WBD CEO David Zaslav outlined the future plans for the studio, including its streaming ventures with HBO Max and Discovery+, which caused a lot of anxiety over what was transpiring with the company, particularly after the early cancellations of CW shows and straight-to-streaming titles like Wonder Twins, Batgirl, and Scoob! Haunted Holiday. In the case of WBD’s Batgirl’s cancellation, which was in post-production and beginning the test-screening process, the studio decided to shelve the finished product entirely and take it as a tax write-off, citing a strategic shift from WB leadership as the reason, with Zaslav saying that the “idea of expensive films going to streaming” is not something the company can “find an economic case for”, leading to this new change.

The Batgirl cast and crew were understandably upset over the film being shelved, with the directors, Adil El Arbi and Bilall Fallah, as well as star Leslie Grace, expressing their discontent on social media over the shocking move, which is unprecedented in the industry. An early test screening of Batgirl carried rumors of being “not that bad” to “irredeemable”, neither of which seems acceptable for a $90 million DCEU superhero film. On the streaming side, WBD has begun quietly removing under-performing films, so as to either license elsewhere or simply to trim the catalog of titles subscribers aren’t watching. While this strategic shift has felt its share of criticism, the good far outweighs the bad.

WB Discovery’s new strategy, which focuses more on quality over quantity and refusing to release a product that doesn’t meet expectations, is actually a very good and promising thing for their future slate, DC or otherwise. While the shelving of Batgirl, Scoob! Haunted Holiday, and a number of CW and HBO Max original shows is a controversial move, it shows that WB means business (literally) and is dedicated to pushing strong, robust, and quality features back out to theaters, rather than pushing expensive middle-of-the-road projects to streaming. After a year of day-and-date releases in 2021, an experiment by the former leadership, the tide has shifted and audiences are going back to theaters. WB Discovery’s plan to capitalize on the theatrical window, then PVOD window, and finally the streaming window is the best course forward. It allows films to feel special again, generating “word-of-mouth buzz”, and elevating and promoting top-tier content (such as Robert Pattinson’s The Batman or Dune), rather than treating it like another drop in the streaming bucket.

WB’s handling of the DCEU has been a jumbled mess ever since they got in their own way with Justice League, releasing a film that was stripped and reshot, showing a lack of faith in their product (which was ironically restored to its original vision on HBO Max with Zack Snyder’s Justice League). Aquaman went on to be their biggest DCEU hit, while follow-ups like Wonder Woman 1984, Birds of Prey, and even the critically-acclaimed Suicide Squad failed to make a dent in brand consistency, while standalone films like The Batman and Todd Phillips’ Joker simply did their own thing. Those films were very successful, but still meandered outside of a cohesive DC Universe, making fans wonder what exactly is going on with the DCEU.

While filmmakers have frequently been able to realize their vision with DC films, the connective tissue hasn’t been there since Snyder’s Justice League, and too many iconic key characters, such as Superman, have been ignored. Under the new regime, “a team with a 10-year plan focusing just on DC” will be implemented, similar to Marvel Studios’ MCU structure. This new team will focus on quality over quantity, making each new film “as good as possible” according to Zaslav, and won’t release a DC film “before it’s ready”. With an objective set to growing and protecting the DC brand, it shows an investment in the future of these characters and their longevity, rather than the throw-at-the-wall-to-see-what-sticks approach that’s plagued the studio for the last four years.

A common issue that has continued to be a problem with original films made for streaming is their lack of a theatrical feel. They are frequently shot with too much green screen and with questionable VFX, even while carrying a hefty price tag that leaves viewers wondering where all the money went. Reviews for many of these films are telling, from Netflix’s Red Notice starring Dwayne Johnson and The Gray Man with Ryan Gosling to Prime Video’s Without Remorse and The Tomorrow War to HBO Max’s American Pickle and The Witches, all of which tend to equal passable entertainment, which shouldn’t be the case given the talent involved in making them. With WB Discovery’s ambition to focus less on expensive straight-to-streaming content and more on “great, high-quality films” that are geared for theatrical release, the gap in quality can potentially start to close.

Related: Who Won The Streaming Wars… Because It Wasn’t You

Some movies will continue to be released with shorter windows, but WB Discovery’s focus will be on theatrical going forward for feature films, which gives audiences a reason to be excited for what they have to offer, be it a superhero film or otherwise. While some scripted shows have been cancelled, such as The Gordita Chronicles and Ridley Scott’s Raised by Wolves, amongst others, the new plan is actually to spend “significantly more” on HBO Max and Discovery+ as they head toward a merged platform in 2023, meaning that the quality content from HBO Max isn’t going anywhere. In fact, it will be getting more vigorous, while excising the things that subscribers aren’t watching. It’s a slippery slope, of course, as streamers continue to cancel shows that fans love that don’t get the massive traction hoped for (such as Netflix’s G.L.O.W.), but the ambition of WB Discovery to “double down” on HBO is a promising one.

The former head of WarnerMedia, Jason Kilar, made headlines when he announced the Project Popcorn Initiative, which debuted the entire 2021 slate of WB films on HBO Max day-and-date alongside theatrical. That news caused similar controversy, especially among WB’s creative talent, many of whom felt betrayed by the move, as their films were made to be shown in theaters. The rift even caused blockbuster director Christopher Nolan to jump ship to Universal (where his upcoming Oppenheimer will debut), while Dune director Denis Villeneuve struggled over the decision to drop his sci-fi epic at home. Kilar has upheld that the strategy was a success, but given that box-office has bounced back to the point that movies are grossing a billion worldwide (see Top Gun: Maverick and Spider-Man: No Way Home), it’s a questionable technique at best.

Kilar’s strategy was two-fold, responding to Covid and building a subscriber base for HBO Max, as fears that the box-office may never return perpetuated. Since then, things have changed drastically. Audiences have shown that Covid isn’t keeping them home and theaters have been revived in a big way. The latest compromise to theatrical vs. streaming is a shortened theatrical window. Foregoing a theatrical release altogether for big-name titles is quickly losing favor, as films that debut directly to streaming tend to get lost in the digital shuffle, never to be heard from or discussed again, losing out on the esteem and buzz that can be generated by a theatrical release. That’s not to say that every film that hits theaters will be a hit; far from it. For that, there is no guarantee. However, with big-ticket films (or even smaller films with notable talent), such as DCEU superhero efforts and epic-sized features like Denis Villeneuve’s Dune: Part 2, theatrical is the right venue to debut and Warner Bros. Discovery has an opportunity to lead the charge with this bold new strategy that simply seeks to offer higher quality entertainment, rather than bite-sized junk food.

Bryce Dallas Howard says she was paid “a lot less” than...