Home Entertainment Like a Dragon: Ishin Gets a Western Release 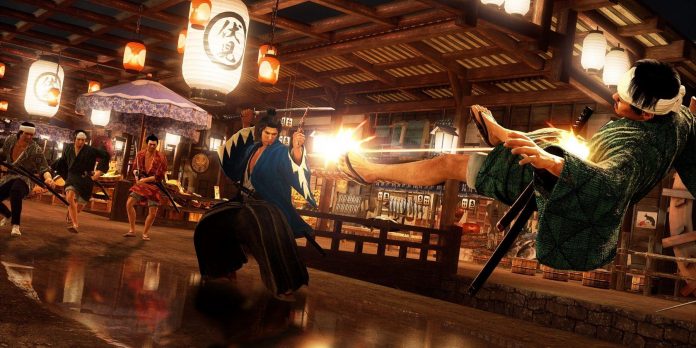 In 2014, Ryu Ga Gotoku Studio launched Ryū ga Gotoku Ishin!, which translates as “Like a Dragon Ishin!”, since the Yakuza franchise has always been known in Japan as “Like a Dragon”. However, it was the last game before the release of Yakuza 0 and Yakuza Kiwami, which caused a surge in popularity in the west and led to remakes and re-releases of the entire Yakuza franchise in subsequent years. Now Ryu Ga Gotoku Studio is also localizing Like a Dragon: Ishin, but also doing something special with the project.

Like a Dragon: Ishin is a remake and localization of Ryū ga Gotoku Ishin! in development for PC, PS4, PS5, Xbox One and Xbox Series X/S with a planned release window in February 2023. It will also be the first Ryu Ga Gotoku Studio game built on Unreal Engine 4. This is a major shift for Ryu Ga Gotoku Studio, which created its previous games on its own Dragon Engine. This could lead to significant visual improvements and reduced development time in the future, especially if it moves to Unreal Engine 5.

Like a Dragon: Ishin is not a prequel or continuation of the main Yakuza series of games, for those who are not familiar. This is a side game set in the 1860s. Imagine an alternate universe in which the Yakuza protagonist Kazuma Kiryu and several other familiar Yakuza characters were born in a different era. Don’t let the name confuse anyone. Although it is called Like a Dragon, like Yakuza: Like a Dragon, its gameplay will be action-oriented, as in other games of the Yakuza franchise.

However, the title Like a Dragon: Ishin does carry what could be an important message. This probably means that the Yakuza franchise will be renamed the Like a Dragon franchise in the west in the future. As noted earlier, the Japanese title of the series has always been Like a Dragon. Yakuza, presumably, was used in the West for marketing purposes. Yakuza: Like a Dragon Success may have shown Sega that converting to a new name would be a good thing, given how successful the series has been.

As exciting and ominous as the announcement of Like a Dragon: Ishin is, it’s probably just the beginning of what could be a very exciting week for fans of the Yakuza franchise. Tomorrow, September 14, Ryu Ga Gotoku Studio will share a special broadcast in which, as expected, the next game of the main series of the Yakuza series will be announced. Expect a lot more Like a Dragon news very soon.

PS5: The Last of Us Part 2 Improves Its Performance to...