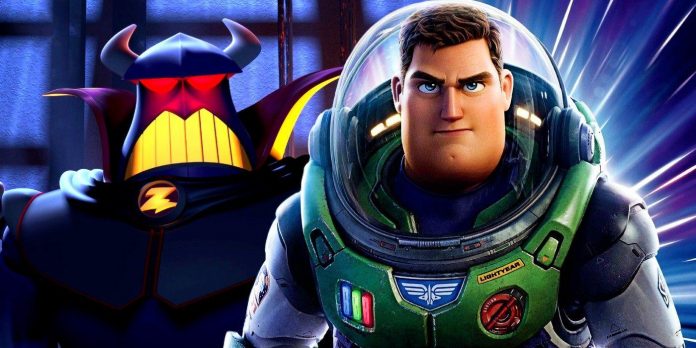 Pixar makes the Buzz and Zurg storylines from Toy Story 2 even weirder thanks to Lightyear. In the fifth film of the Toy Story universe, Chris Evans plays Buzz Lightyear in the movie in the universe, which Andy saw in 1995. It was Lightyear who inspired the creation of the extremely popular Buzz Lightyear figurine, which Andy received for his birthday in the first film. This was just the beginning of Buzz Lightyear’s story in the franchise, but a separate Pixar movie about the space Ranger complicates what came before.

The whole “Lightter” is not related to the real story that unfolds in the four “Toy Story” films, but the story of the film sheds light on the property that inspired the popular toy. This includes showing Buzz Lightyear’s first battle with Zurg, the iconic purple-suited villain who was introduced in Toy Story 2. Zurg came to life and fought two different versions of Buzz in the sequel. This included Zurg’s battle with Utility Belt Buzz and the discovery that Zurg is Buzz Lightyear’s father, but now Lightyear is making this exchange a lot weirder thanks to his main Zurg turn.

Related: Explanation of the Lightyear Ending (in detail)

Zurg is in many ways the villain of Lightyear, but it is only in the third act of the film that it turns out that Zurg is actually an alternate version of Buzz Lightyear, who is much older and has taken an evil turn. As effective as this twist is for the movie, it doesn’t match the Buzz and Zurg storylines from Toy Story 2. Toys from the Toy Story franchise are at least somewhat aware of their programming and past. Buzz Lightyear toys have the same manners and catch phrases as the Lightyear toys on which they are based. This should mean that Buzz Lightyear toys know Zurg’s real identity and that Zurg’s toy should know that it is actually an elderly Buzz Lightyear who has traveled through time.

Despite the fact that “Toy Story 2” gave Buzz and Zurg these storylines, they appeared more than two decades before “Lightyear” was created in real life, the action of the latter should take place in the same universe. Pixar ignored this notion when it came to making sense of Buzz and Zurg’s connection in favor of creating a new story, but that’s what created the problem. Not only did Zurg claim to be Buzz’s father in Toy Story 2, the space Ranger previously thought that Zurg killed his father.

Based on what Lightyear tells us about the connection between Zurg and Buzz, there’s no way to make a scene from Toy Story 2 really work. Zurg survived, as teased in the scene after the credits of Lightyear, but at that moment he would have to go back in time to kill his own father. Even if that had happened, why Buzz would have believed that Zurg was his father after he had already fought with his future self is inexplicable. Either way, they have a deeply ingrained shared past, but Lightyear does change Buzz and Zurg’s storyline in the process. Ultimately, this means that in the finale of Toy Story 2, Utility Belt Buzz treats a version of himself as his father, while Zurg treats a younger version of himself as his son, which is very strange right now.