Home Entertainment Lightyear Frontier looks like a “Sky without Furs” 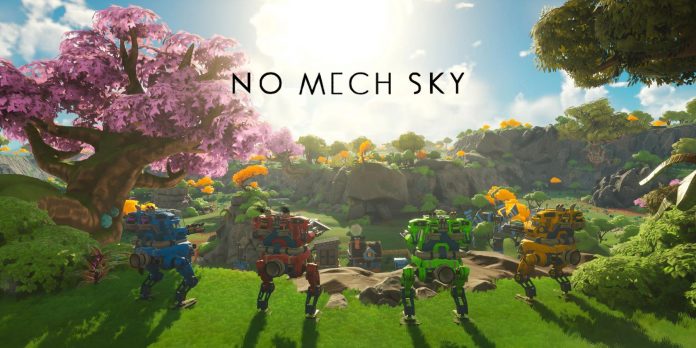 Unveiled last August and unveiled at the recent Xbox and Bethesda Games Showcase, Lightyear Frontier is a future farm simulator with a twist. Players can engage in landing, creation and exploration in a robot suit. It’s similar to Stardew Valley with mechs, but the game also has similarities to another title: No Man’s Sky.

The farm simulator does have the relaxing atmosphere of Stardew Valley, but its gameplay resembles No Man’s Sky and its mechanics — and that’s not bad. The unexpected combination seems to work well for the upcoming indie game.

Lightyear Frontier takes place on an alien planet where players can build their own farm. A number of crops are available — from ordinary wheat stalks to strange corn-like plants with colorful grains. As mentioned above, players perform agricultural duties with the help of their specialized mechanical suit, which simplifies processes such as sowing, watering and harvesting. The suit itself, as well as other items of equipment, can also be modified and upgraded.

In addition to farming, players also have the opportunity to explore an alien planet. Lightyear Frontier is an open world, so players can reveal a lot of secrets. However, there is no need to worry about the elements of combat or survival. The Lightyear Frontier team stated that the game will provide “a low level of stress and no fighting” — a game that will help players relax.

Similarities with No Man’s Sky

No Man’s Sky, on the contrary, has hostile NPCs and some elements of survival. However, it has a similar aesthetic. Both games use bright colors and decorate their game worlds with different landscapes. And, of course, both games have mechanical equipment and alien technology. In other words, the Lightyear Frontier world may well be a type of planet in No Man’s Sky—at least one of the safest.

Aside from the overall aesthetics, moving around the map in the game also looks familiar, as No Man’s Sky has released an Exo Mech update. This update allows players to control an Exocraft known as Minotaur. It’s a mechanical suit similar to the one seen in Lightyear Frontier, and it works very similarly. The mechanical suit makes planetary exploration and resource gathering much more convenient — factors that also make Lightyear Frontier an outstanding farming simulator.

It is these key similarities that make Lightyear Frontier so comparable to No Man’s Sky — thus, “No Mech Sky”. However, this does not spoil the game, but on the contrary, adds charm to it. The bright world and focus on research are ideal for a game that takes place on an alien planet. Combine this with the new farming mechanics, and Lightyear Frontier is sure to give you a unique experience.

By itself, Lightyear Frontier does not bring anything new. It uses aspects that players loved from Stardew Valley and No Man’s Sky. However, the way he brings these things together makes him so intriguing. The clever combination of farming, robots and exploration is a great setup that could potentially make it one of the brightest indie games of recent years. Let’s hope that it will have content that confirms this, namely: a lush world worth exploring, an interesting story about the ancient inhabitants of an alien planet and, of course, funny farming mechanics.

At the moment, there have been no announcements about the official release date of Lightyear Frontier. But the trailer for the game with Xbox and Bethesda Showcase shows that it will appear in the spring of 2023 with early access. Players who are interested in trying the game earlier should keep an eye out for further announcements.

Lightyear Frontier is currently in development.