Home Entertainment Lightfall Has the nostalgic vanilla vibes of Destiny 2 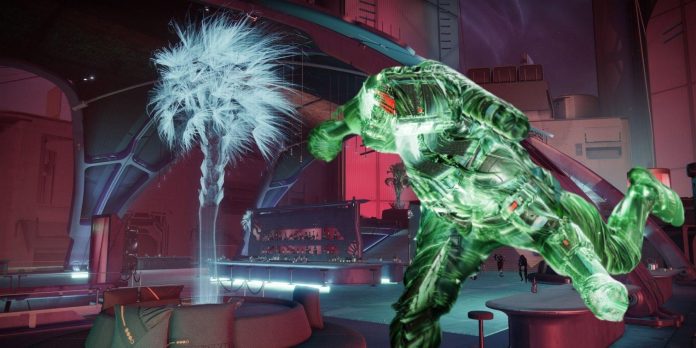 Just a year after a large-scale showcase, where Bungie presented The Witch Queen expansion for Destiny 2 to the world, the company released a trailer dedicated to the upcoming Lightfall DLC, which will be released in February next year. This is a long-awaited new chapter in the “Light and Darkness” Destiny 2 saga, for which Bungie has been preparing for many years, and it all comes down to the confrontation of the forces of Witness and Kalus against the Guardians and cloud striders of Neomune. The conflict arises due to the fact that the Witness is looking for a powerful artifact located in the hidden city of Neptune, which is a kaleidoscope of neon lights and locations inspired by the 80s.

Cloud Striders as a new race change everything, because they show that life without the blessing of the Wanderer is not only possible, but also depends on another breed of Lightless people-defenders who sacrificed years of their lives to get bionic improvements. And yet one of the most striking aspects of Lightfall in general is that the many colors and neon signs of Neomuna are a nostalgic reminder of what was in the original Destiny 2 with the archeology of Titan, which is now lost in the Destiny content repository and may never return.

Why Lightfall in Destiny 2 Can Cause Nostalgia

While this is completely subjective, Titan may have been one of the most iconic locations in vanilla Destiny 2 thanks to the beautiful lost-in-time archaeology that was evidence of humanity’s Golden Age in the game’s universe. Players got the opportunity to get acquainted with the Hive-filled Arcology through quests and the Savatun Song Strike, which was also removed from the game with Beyond Light. Mixed with the rainy surface of Titan, the grotesque but cozy underground world before the Collapse made it a wonderful place to explore, as well as completely unique in terms of aesthetics.

In fact, the same colorful set of neon lights would never have been recreated in Destiny 2 if not for the short-lived season of Splicer, which had a similar but still completely different atmosphere thanks to the synth-wave aesthetics of the 80s Override activity. and the Vex network. The same visual pattern applies to the weapons of the Mutant season, which, fortunately, is still available, although only from the inventory of Zur. As for the season and its content, everything has been preserved with The Witch Queen, as seasonal actions, items and sellers disappear with the release of new additions.

Bungie confirmed during the August demo that Destiny 2 content will no longer be stored in the future, with the exception of seasonal additions, and while it’s nice to hear, the return of Mutant Season vibes or Titan Archology is extremely unlikely. However, Lightfall will remain in the main game forever if Bungie intends to never close the expansion, which means that it will be a constant source of nostalgia for those players who loved vanilla Destiny 2 and the more recent Season of the Splicer. On top of that, it’s also a good way to partially experience what is no longer there for those players who weren’t there when these locations and actions appeared.

The Strand in Destiny 2 is a great addition to all of this because its light green shades and crawling skills are something that no other ability in the game can emulate, especially if this new power is intended to be used as a tool to explore the Neomune. Like any previous expansion, Lightfall is also likely to be fraught with many secrets and mysteries, and although Neomune is not quite comparable to the Throne World of the Witch Queen, there will be a lot of things that need to be revealed.

GTA Trilogy: Where To Buy The Game, Price And Editions