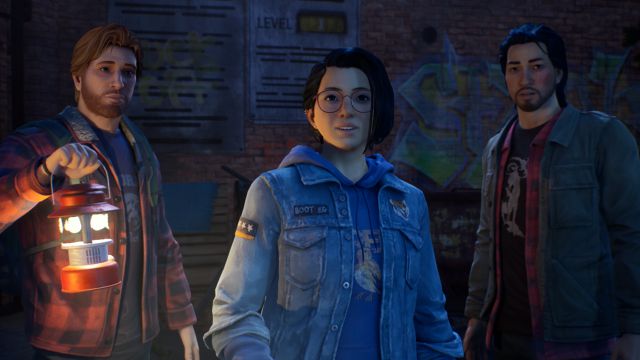 Life is Strange: True Colors: The Life is Strange album includes 12 original songs by the group Angus & Julia Stone, which of course we can enjoy in the game.Since Dontnod Entertainment developed the first installment of the Life is Strange saga, music has been one of the key elements of the series. It will be no different in Life is Strange: True Colors, the long-awaited new chapter, this time developed by Deck Nine Games, the same studio that designed Before the Storm. In a press release, the publisher Square Enix has announced that the original soundtrack can now be heard on Spotify. The album, which includes 12 songs headed by Love Song, is composed and performed by the indie group Angus & Julia Stone. There will also be original tracks from mxmtoon and Novo Amor, as well as songs on loan from Gabrielle Aplin, Radiohead, Phoebe Bridgers and many more.

The story of Life is Strange: True Colors inspired Australian musicians to compose an album that touches on complex themes such as brotherly, family and communal love. All these songs will accompany the players throughout the adventure and will help build the atmosphere and spice up certain aspects of the story.

The power of empathy

On this occasion, the protagonist is called Alex Chen, a young woman who is about to reach adulthood. As in other video games in the series, the main setting will be a small town, known as Haven Springs. It is a place located in the mountains, a beautiful place with impressive views. There she is reunited with her lost brother, who is now part of a close-knit community. The boy has moved there to look for his father, who disappeared long ago.

Another of the usual ingredients of the saga are the special powers. Alex uses her empathic abilities to feel, absorb and manipulate the most intense feelings of others, which are represented on screen by a system of colors. Unfortunately, her brother has passed away under strange circumstances, so she will have to do everything possible to find out what really happened.

Johnny Depp seems to be shooting Amber Heard in the lyrics...