Home Entertainment Life is Strange: True Colors; all about the new episode 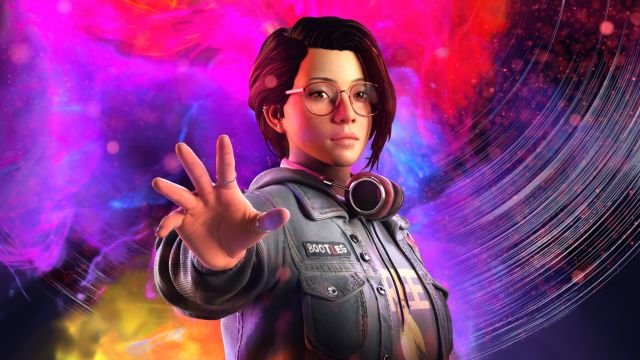 We tell you what we know about the new installment of the Life is Strange: True Colors saga, which will go on sale next September 10, 2021.

One of the surprises of Square Enix Presents has been the official presentation of Life is Strange: True Colors, the new installment of the narrative saga that presents a totally unpublished protagonist, story, power and mysteries. In charge of Deck Nine Games (who developed LiS: Before the Storm), it will be released on September 10 for PC, PS4, PS5, Xbox One, Xbox Series X / S and Google Stadia. On the other hand, the Life is Strange: Remastered Collection has also been announced, which contains both the first Life is Strange and Before the Storm with totally renewed graphic and technical sections to enjoy the story of Max, Chloe and Rachel of the best possible way.

Life is Strange: a series of unique stories

It was at the beginning of 2015 when we first met Max Cauldfield and Chloe Price, two protagonists who would become part of the hearts of many players, who accompanied them for a few months until the launch of the fifth and final episode in October. Since then, Life is Strange has been a buzzword in the industry, providing us with a series of unforgettable storytelling adventures. Those responsible for creating them have been mainly Dontnod Entertainment (in charge of the original, the spin-off “The Adventures of Captain Spirit” and Life is Strange 2), but Deck Nine Games is another studio that has shared the weight of the saga by launching the Before the Storm prequel and deal with this new True Colors.

His mission, and therefore ours as well, will be to investigate this fact in depth. To achieve this, she will have a supernatural ability based on perceiving the auras of others in the form of colors, as well as being able to absorb and manipulate the intense feelings of those around her. Only with this premise we already know that it is a power that will give a lot of play, as was the case with Max with the rewind. We haven’t seen much of it in action yet, as the game’s launch videos include little gameplay, so we’re looking forward to finding out more about it.

As for the Haven Springs scenarios, they will be much more open, since according to Deck Nine Games, they have listened to the community of players and fulfilled our desire to be able to explore more each of the available corners: “You will be able to explore the street main (with many secrets and optional content) with more details and freedom than ever. The world around you is more open and Alex can influence and interact with Haven’s neighbors throughout the game using his power. ” In this way, we will be able to enter food, animal, music and many other interesting shops and places.

Of course, romance will also be an option in True Colors. Players will have the option to mold the protagonist to our liking (to a certain extent) to make various decisions that will set the course of history, Alex’s future and even the town itself. We can choose between Steph and Ryan to start a romantic relationship with one of them. From Deck Nine Games they assure that both will be “perfectly developed characters with important stories”, so we can discover their stories as we progress through the main plot.

A commitment to technological advances and music

Life is Strange: True Colors arrives in the middle of the year 2021, something that will be noticed in the graphic and technical sections it presents: “We have included technological advances that are key to the evolution of the Life is Strange series. Deck Nine’s proprietary tool, called Storyteller, combined with the latest advances in visual design and body and facial motion capture, have allowed us to breathe life into the game’s dynamic story like never before in the Life is Strange series, ”they comment. from the development studio.

On the other hand, those who have enjoyed previous titles in the saga will know that music has always been a fundamental pillar in all Life is Strange games, so this time it will not be less. Despite not having yet confirmed who has been in charge of composing the original soundtrack, we do know that it will feature original and licensed songs, among which are “Haven” by Novo Amor (the piece we heard in the trailer) and mxmtoon, who voices Alex when he sings and performs his own version of the song “Creep” (by Radiohead).

A promising proposal within the Life is Strange universe

“With Life is Strange: True Colors we take the series forward in new and exciting ways, looking to the future, but without losing sight of what fans value most about this series. We have strived to grow and explore the serious and introspective themes that make up the essence of Life is Strange, as well as intense emotions, love, mystery, and, of course, supernatural powers, so that both new players and fans of the series will find something to their liking ”.

Ultimately, everything we’ve seen from Life is Strange: True Colors is aiming high. If we are fans of the saga and have enjoyed other installments, we will recognize some key elements, references and even characters, such as Steph (who we met in Before the Storm). However, from Deck Nine Games they assure that newcomers will enjoy this new story in the same way, which will start from the bases that we like so much but will provide them with a fresh point of view with various novelties to point towards a new direction: without episodes , with more exploration and many other surprises yet to be revealed.