Home News Life in a Day is live today! Here are the details 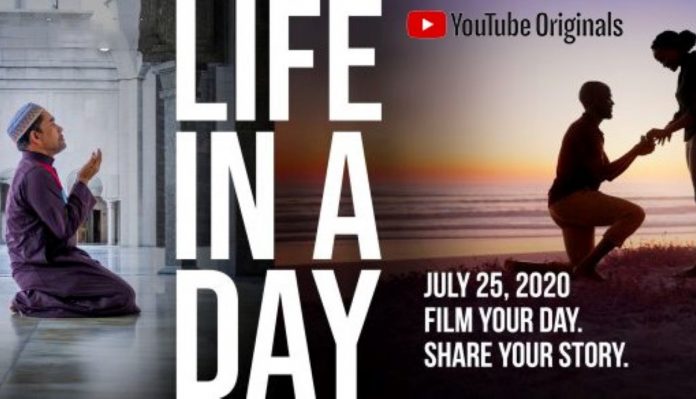 The documentary in which people from all over the world share a day in their life in 2020, which is almost a separate event every day, with news such as the coronavirus epidemic, earthquakes, forest fires, racism, is published today. Those who want to participate in the project recorded the events that happened to them on 25 July 2020 in order to be a part of this documentary.

This project, developed by Google with Kevin Macdonald and Ridley Scoot, was first realized in 2010. As part of the project, people were asked for a video about their day on July 24, 2010. A documentary was created from the videos sent and was broadcast on Youtube on January 21, 2011.

The Life in a Day project came to the fore 10 years later. On July 25, 2020, people around the world were asked to post videos describing their day. A total of 324,705 videos were sent from 192 different countries in 65 different languages.

The content of the videos posted was left entirely to the people, but the videos were asked to tell people what they liked and fear, and to share things they wanted to change in their private lives or in the world. Selections were made from the collected videos and a documentary Life in a Day 2020 was prepared.

According to the article written on the Life in a Day official website; It is said that an exciting movie about love, death, heartbreak and hope beyond location and circumstances has emerged to discover what connects people.