Home Sport What about the life of Didier Drogba, host at the 2019 Golden... 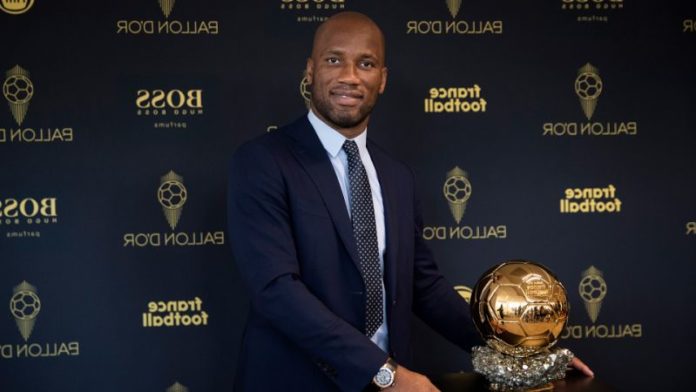 Didier Drogba is this Monday one of the great protagonists in the 2019 Golden Ball gala that will end up rewarding Lionel Messi in Paris as the best player of the year.

And is that the former Chelsea striker is one of the presenters who has the ceremony at the Châtelet theater. A designation by France Football that has become a great challenge for the former international for Ivory Coast.

“I felt very proud when they proposed it to me. The presentation of this award is more difficult for me than playing in front of 60 thousand spectators. However, it will be accompanied by a great team and I am very excited to start rehearsals,” said Drogba himself to France Football a few weeks ago.

Drogba announced in November 2018 his retirement from football, finishing 20 years of career in which he won up to four Premier League titles and one of the Champions League.

The former Ivorian scorer scored 164 goals in two cycles with Chelsea, being considered by many to be one of the greatest attackers of all time in the English league. As if that were not enough, he finished his second period at the British club as the fourth leading scorer in the history of the club.

It should be remembered that Drogba spent the last 18 months of his career as a player and co-owner of the American club Phoenix Rising FC.

“When I think about the last 20 years of my professional career, seeing that image I can not be more proud of what I have achieved as a player, but especially how this trip made me the man I am,” Drogba wrote a year ago in social networks. “If anyone tells you that your dreams are too big, just thank and work harder and be smarter to make them a reality,” he added.

As an international, Drogba won 105 matches with Ivory Coast, becoming the player of that country who signed more scores, with 65 goals.

Drogba began his career with the French team Le Mans in 1998, but it wasn’t until 2002 that he started playing professional football with Giungamp, at 23. Shortly after, he signed for Marseille for a short period of time before reaching the Premier League for a figure close to 35 million euros.

In his 381 games with Chelsea, he won the Premier League Gold Boot twice and scored the penalty of victory with which Chelsea beat Bayern Munich in 2012 to get their first Champions League.

Drogba would spend the next two seasons with the Chinese club Shanghai Shunua and the Galatasaray of Turkey before returning to Chelsea to win his fourth and final Premier League title.

He then reached the MLS, with the Montreal Impact before arriving at the Phoenix Rising as a player and owner.

Named twice as a footballer of the year, Drogba helped Ivory Coast to qualify for their first World Cup in 2006.

Watch: Jamie Erdal is thrilled with his debut on Monday morning