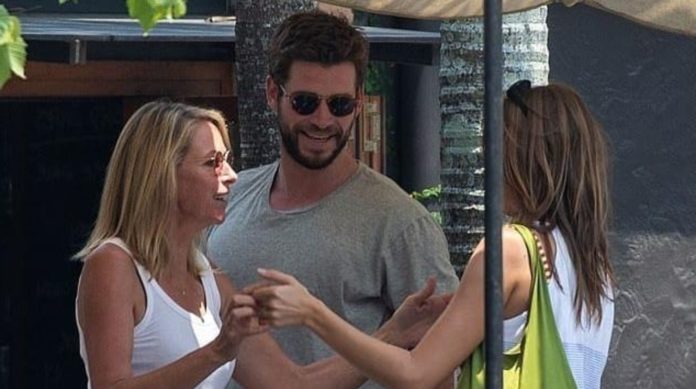 Liam has spent too much drama after his separation with Miley Cyrus, however, he has been able to keep things calm and stand up, even though the separation process seemed to be consuming him inside. OUCH!

We assume that it has not been easy for the actor to have seen the woman who was his wife in the arms of another girl, the same with whom they used to have a friendship, and subsequently, observe her with another love, in this case, Cody Simpson .

Hemsworth stayed away from the media and close to his family, where he found refuge; then the Australian actress, Madisson Brown, appeared with whom she was very affectionate on the streets of New York, so far it was not known what the future of that new relationship would be, but after these images, we believe that Liam was destined to be with the model, Gabriella Brooks. OWWW!

Everything seems to indicate that the relationship is too serious, because the couple decided to travel to Australia to visit the family of the ex-husband of Miley Cyrus, in which he took the opportunity to introduce the new owner of his heart. Judging by the photos, the Hemsworth’s mother was excited and affectionate with her youngest son’s new partner.

It is not new to know that as Liam’s parents and siblings, they have always wanted the best for him, and they knew that Miley, was not exactly what the Australian needed in his life. So it seems that the boy’s family has taken a deep breath after the marriage is over, because they know that despite the pain, this will continue to bring Liam calm.