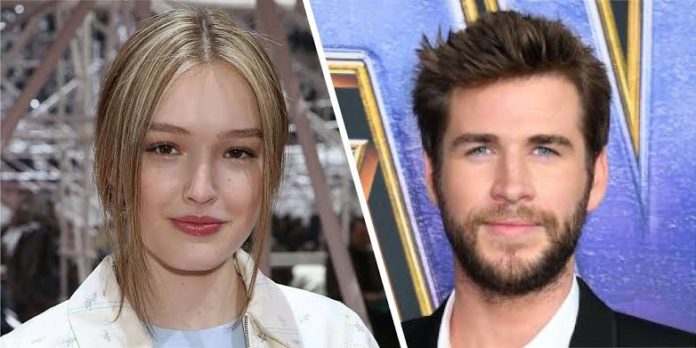 We did not know that Maddison Brown, Liam Hemsworth’s girlfriend, had so much humor! But seeing her latest shots on Instagram, we understand that she is a rather funny person. It must be said that in the end we do not know enough actress dynasty! But since she’s with Miley Cyrus’s ex, we’re just talking about her!

Indeed in her latest posts insta the young woman has unveiled her Halloween costume. She wore an unusual outfit, as it turns out that the young woman disguised herself as Kylie Jenner. But not with any suit! Because this is the dress she wore during her famous video “Rise and shine” you remember?

LIAM HEMSWORTH MUST EXPLODE WITH MADDISON BROWN!
Liam Hemsworth’s sweetheart posted a series of cliches in her Chanel logo dress. Besides, she has not forgotten any details, even the manicure is similar to what Kylie Jenner could do. The young woman pushed the joke to imitate Kylie in her mythical video. “Ok guys we’re gonna wake Stormi up. And she’ll even sing the 3 words that made the buzz in recent weeks, “rise and shine”.

Not to mention that Maddison Brown did a little promotion of the Dynasty series. So it was very subtle, all imitating Kylie promoting her lipsticks. “My new lip kit,” DYNASTY MUSICAL EPISODE, “will be available tomorrow at 9 pm CW. She wrote under her picture. We hope that Liam Hemsworth’s girlfriend is friends with Kylie, otherwise she might not take it! Case to follow about the reaction of the young billionaire!