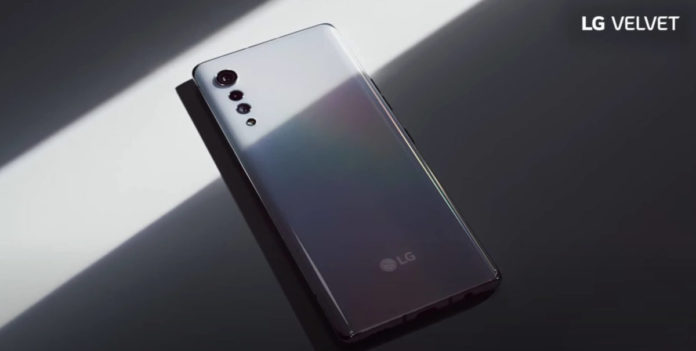 South Korean technology giant LG, which has experienced a decline in the smartphone department in recent years and wants to rise again, shared the promotional video of its new device, Velvet, on YouTube.

LG, one of the most powerful brands of the Android wing for a while in the smartphone world, shared some promotional materials related to the new Velvet series. The company revealed the design of the device completely with the new video it shared.

LG, which has fallen on the smartphone side in recent years and wants to rise again with the Velvet series, shared a video from the South Korea page on YouTube. The South Korean technology company showed both the front and back design of the device and some hardware features in the video it shared.

It seems that a curved design is adopted at the edges of the device. On the back of the phone is a LG logo, located at the bottom. The power button of the phone is on the right, and the button that is thought to be used to activate and deactivate the voice assistant is on the left. There are signal antennas on the top and bottom of the phone. The device has a microphone and SIM card slot at the top, and a Type-C jack, 3.5mm headphone jack and speaker grill at the bottom.

On the front of the phone there is a drop notch with the selfie camera positioned. There is no fingerprint reader sensor on the back of the phone, whose screen is thought to be AMOLED. The only thing we know about the hardware of the phone is that it will have a Qualcomm Snapdragon 765G 5G processor. The color options that will be presented on the device are as follows; Aurora White, Velvet Sunset, Aurora Green, Aurora Gray.

There is currently no other known information about the device. However, it is thought that more information will emerge as the device’s release date approaches. There are also rumors that the phone will be released on May 15.