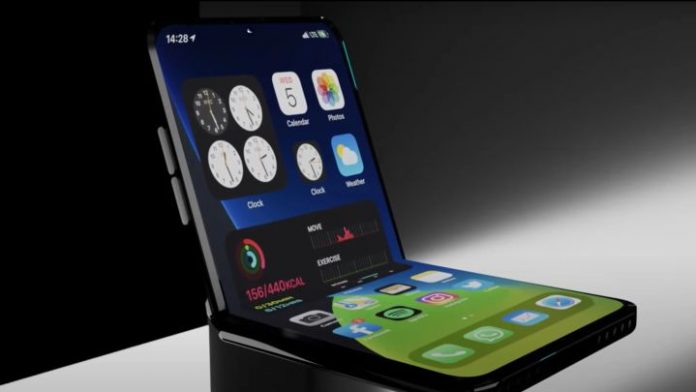 Mobile manufacturers are looking for ways to market their own foldable phone. Apple has not yet presented its proposal and all users are awaiting Cupertino’s movements to know it. The truth is that we could see it this year and the firm will have the help of LG in the manufacture of the folding screen that will integrate the terminal.

Apple is one of the biggest companies in the world of smartphones and is catching up. Last year we saw how the iPhone 12 became the first 5G terminal of the company, but this year we could see an even more expected surprise by all. And is that the competition has become strong in the field of folding mobiles, but that will not prevent him from claiming his position.

We have been talking for months about the imminent arrival of a folding iPhone about which very little is known, but today we have something new. It turns out that the Californian firm is working with LG to manufacture its folding phone. It is not the first time that this alliance becomes effective to give the mobiles of the bitten apple a good screen. In this case it is different, since the technology used is not that of yesteryear, if not the most innovative of the moment.

There are few details that Digitimes shows, apart from the fact that the firm has no plans to take out its novel terminal before 2023. This will mean that the wait will last up to two years from now. More than one would like to see you sooner rather than later, but this is good news that the Cupertino firm wants to do things well as usual.

Apple will count on LG to put the screen on its foldable iPhones, but this does not mean that the Korean firm does not have its own plans. In fact, yours go a step further and we have known it since the beginning of the year. Remember that the LG Rollable is on the way and it will have a flexible screen in a new format.

As we say, now we have to wait to know the plans of the bitten apple. It is true that we have seen patents from the firm in this sense, such as the one in which the screen “healed” itself. If such revolutionary technologies as this see the light of day, it will surely be time very well spent.

Our Christmas games 2020. We wish you happy holidays