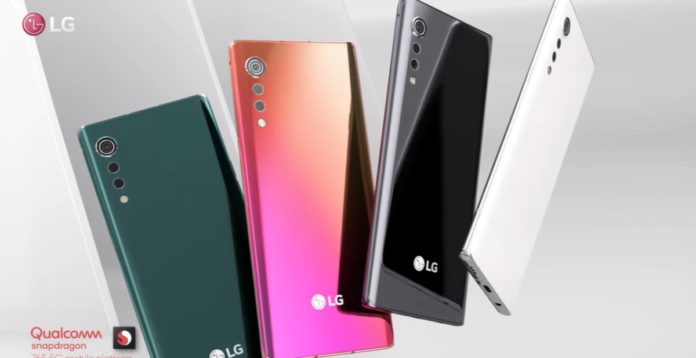 New details are beginning to come about the high-end smartphone Velvet, which LG is preparing to introduce soon. The technical features of LG Velvet appeared in an image shared in the South Korean media.

LG will introduce its new smartphone Velvet at an event on May 7. The South Korean tech giant previously shared promotional videos for its new phone, but the key features of the device were still unknown. A new leak, however, presents many details about the phone’s specifications.

In the promotional videos shared by LG, it was stated that the new phone will come with Qualcomm’s Snapdragon 765 5G processor and will be introduced on May 7. In addition, details about the design of the phone, especially the cameras, were revealed. A new visual leaked in South Korea reveals all the technical features of the phone.

Visual that reveals the technical characteristics of LG Velvet
The leak offers a visual of the technical characteristics of LG Velvet. Snapdragon 765 processor with 5G support is also here. It is also stated that the smartphone will come with 8 GB RAM and 128 GB internal storage. The storage space of the phone can be extended up to 2 TB with a microSD card.

The triple rear camera setup on the back of LG Velvet is stated to include a 48 MP main sensor, 8 MP ultra wide-angle sensor and a 5 megapixel depth sensor. The phone seems to come with a Raindrop camera design that positions it vertically. The selfie camera in the drop notch at the top of the screen will be 16 MP.

In addition, LG Velvet’s battery capacity seems to be 4,300 mAh. The phone is protected against water splashes with IP68 certification. The 3.5mm headphone jack, which is removed from many modern phones, is also on the phone. The price of LG Velvet, which has attracted great attention with its design, or when it will be launched after the launch on May 7, is not yet known.

Samsung: Know The Products That Should Be Launched In 2022