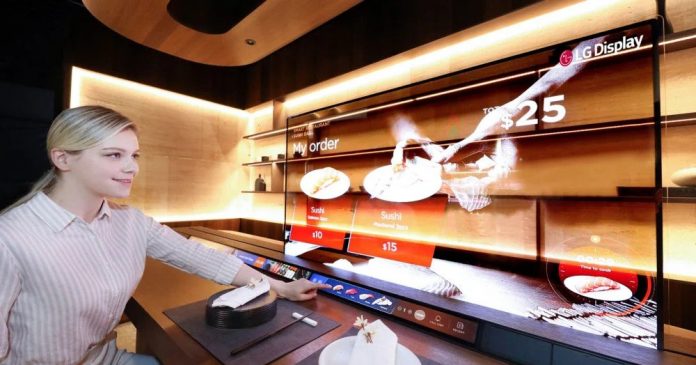 LG aims to make a sound at CES 2021 with its transparent OLED display. The screens that the firm has launched as a “revolutionary innovation” will be used at customer-facing points in enterprises, in open areas such as automatic doors. This technology will also enter the life of the end consumer.

LG’s revolutionary display technology will be used for advertising

In screen technology, the physical structure of the screen is recently taken into account as much as the image quality. In this context, transparent screen technology is also added to the foldable screens and flexible screen televisions that can be rolled. However, this innovation will serve more commercial purposes such as advertising.

LG transparent OLED screen will be used for advertising in the first place. The screen is aimed to be used especially in automatic doors and common areas in shopping malls. Public transportation vehicles such as the metro are also areas where transparent screens can be used.

Transparent screens can be used for smart home systems first for the end consumer.

Details of this technology that LG will showcase at CES 2021 are not yet known.

The Introduction Date of Redmi Note 9 Series Has Been Announced