Home Tech LG Stylo 6 is introduced! Here are the features and price 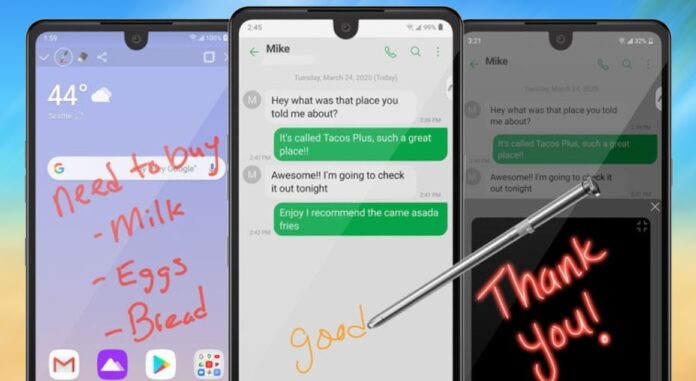 Although LG Stylo series phones are not known in our country, it is one of the most affordable solutions offered by operators especially in the United States. The new model of the series: LG Stylo 6 features and price.

LG Stylo 6 features and price
The 6.8-inch screen of the device offers HD resolution, while MediaTek is powered by the Helio P35. LG, which does not fully explain the details of the processor, came to the users with 3 GB of RAM and 64 GB of storage. Up to 2 TB of microSD card support is provided to increase memory in case of insufficiency.

The phone, which has pen support similar to the previous models of the series, has three rear cameras. The 13 Megapixel main camera is accompanied by a 5 Megapixel ultra wide angle camera and a 5 Megapixel depth detection sensor.

The phone with a 13 Megapixel camera on the front is powered by a 4000 mAh battery.

The price of LG Stylo 6 has been set at $ 219.99, but it is possible to have $ 179.99 for a short time. It remains unknown when the phone currently being sold by Boost Mobile will be available to the general public.