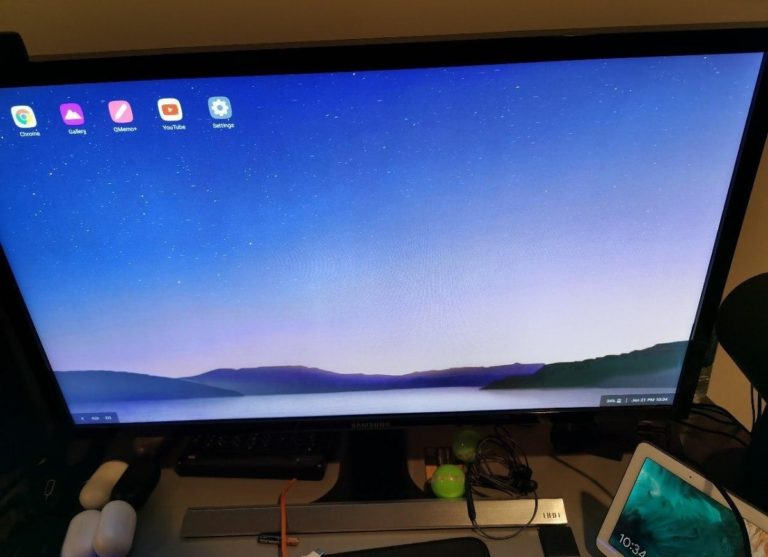 LG has begun to offer the “desktop mode” feature, which is one of the lesser known features of Android 10, to its smartphone users. The feature that emerged in LG’s V50 ThinQ model allows the screen of the phone to be transferred to a monitor via the HDMI adapter.

Android 10 has been offered to consumers with many new features compared to the previous version. We’ve already done a lot of news on this topic so far and often talked about what Android 10 has to offer. But now we will talk about a very unknown feature of the Android 10 operating system. LG offers this extremely impressive feature to its users with Android 10.

This feature, which has entered our lives with Android 10, is not known as “desktop mode”. With this mode, you can transfer your smartphone’s screen to any monitor via an HDMI cable.

We can say that the desktop mode of Android 10 is almost the same as Samsung’s “DeX” feature. After completing the connection process of your phone, Android 10 provides the necessary optimization processes, thus turning your phone into a not-so-powerful computer.

LG’s desktop mode looks like this
Desktop mode, which is available with Android 10, is currently only available for the “LG V50 ThinQ” model. However, LG is expected to expand the diameter of this effective service in the coming periods and offer this feature in all models that offer the Android 10 operating system. Of course, this expectation can be understood as the number of LG models that Android 10 will offer in the future.