Home Tech LG presents its new headphones that sterilize themselves 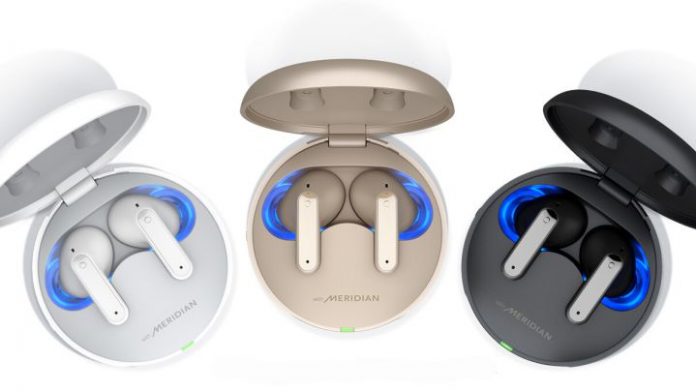 LG: Having wireless headphones is becoming more and more common. There are all kinds of them and there are those that have their own characteristics that make them special. Each brand puts its proposal on the market to compete with the rest with each specialty, but in this case we have a novelty with the LG Tone Free that are sterilized by themselves when stored in their box.

Free Tone with own sterilization

LG is one of the technology firms that leaves us all kinds of devices on the market. Its audiovisual section is very wide, as is its offer in smartphones, although we may not see news in this segment in the future as we learned last March. This is yet to be seen and now we have to focus on the news it offers, such as the launch of its new Tone Free FP5, FP8 and FP9. Each model has its characteristics, but they all have one thing in common.

In addition to being similar in design (two stick-type wireless headphones with button input) they all share a so-called ‘whisper mode’. This is that you can use the right earbud as a microphone while listening to the left. This facilitates their use in case you do not want the rest to hear what you say since you will speak lower than if you used them in the conventional way.

As for the existing differences, autonomy is one of them. The FP5s will last eight hours and up to a total of 22 using the charging box. The top two versions arrive within 24 hours using the case and also have built-in noise cancellation to improve the quality of the audio they reproduce.

But now it’s time to talk about the top devices, which are the Tone Free FP9. These are the most special for two characteristics. The first of them we have told you at the beginning and that is that the housing has a sterilization system. In these times it is an important feature since they help to sanitize the speakers that you have been able to leave on a table or place that is not completely clean. The second feature is that the case serves as a Bluetooth receiver. That is, thanks to its cable you can connect to a device via USB C and thus listen to it through your Tone Free.

First tip for the newest member of the Realme X series